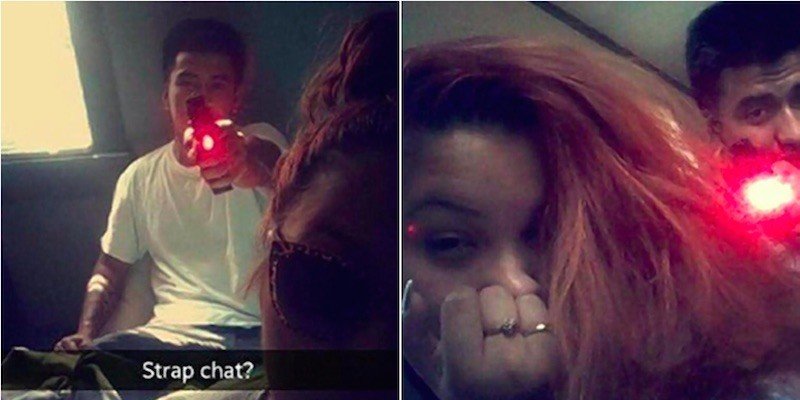 Sadly, it was the very weapon featured in her photos that allegedly caused the 21-year-old’s death later that evening, New York Daily News reports.

According to police, Gonzalez was arrested Monday and charged with first-degree murder.


The photos from Sunday showed the 20-year-old pointing his weapon at the back of Hernandez’s head.

One picture included a look at the ammo.

In an interview with ABC 7, Jaquinlan Davis, a friend of the couple, described Gonzalez as “a bad influence.”

Hernandez’s two daughters, who are 3 years old and 8 months old, now face the reality of lives without their mother.

My nieces have been crying all night… I haven’t told my 3-year-old niece anything yet. She knows something is wrong because she wants her mom.

Other relatives mentioned Hernandez’s plan to start a new job Monday and said Hernandez only recently moved into the apartment where her body was discovered.


Previous Couple Receives Bill In Mail For Missing Friends Wedding But Is This Too Much?

Next Do Unicorns Mate For LIfe? And Why is Jeb Bush Still Invited to the Debates?