Donald Trump has put his Second Amendment position on his web page for the 2016 election cycle.  The positions put forward are not new or bizarre.  They follow the Donald pattern of political positions that are enormously popular, but which have been declared “non-viable” by political correctness and the Washington Cartel.

Donald Trump, once again, ignores the political taboos created by the ruling elite to prevent the electorate from enacting changes that the electorate desires, but the elite fears.

Here is a summation of the Donald’s Second Amendment positions.  You can go to Trump’s site, donaldtrump.com, and read them yourself.

Donald Trump has not held elected office, but he has hit on a winning strategy.  Refuse to follow the restrictive, politically correct rules about what is allowed, and what is not allowed, in political discourse.  His Second Amendment position follows the same pattern as his immigration position.

Take the popular position that the vast majority of the American electorate wants, in spite of the opposition of the ruling elite.  State it in common sense language, then fight for it. 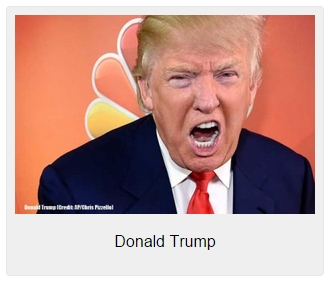 National reciprocity is a prime example of this approach.  National reciprocity for concealed carry of firearms has passed majority votes in both houses of Congress, at different times.  With all 50 states, D.C., Guam, and Puerto Rico having concealed carry permit laws, this is a popular position.  It only needs presidential support to pass and become law.  Donald Trump is the first presidential candidate to make it part of his platform.


Donald Trump is putting into practice what the American governmental system was designed to do.  That is, determine what the people want, subject to Constitutional constraints; formulate it into a practical policy, and pass it into law.

With the falling power of the elite to control access to information, the system of “manufacturing consent” is failing, and the original system of consent of the governed, is gaining ground.