Earlier this weekend, NBA superstar LeBron James spoke out in favor of gun control in the wake of the shooting that left nine dead at Umpqua Community College.

James first reacted to gun violence on Thursday, where he lamented a recent story about a baby in Cleveland who was fatally shot: 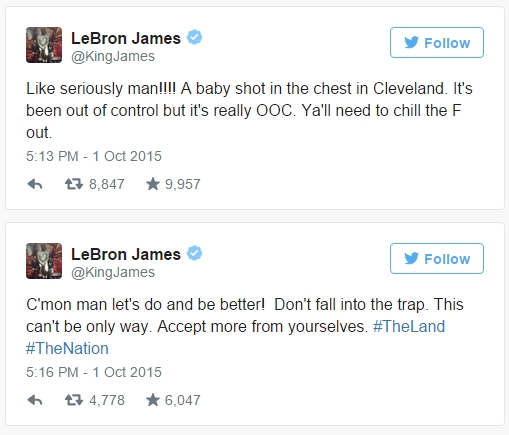 James broadened his stance with a series of comments reported by Cleveland.com that touched on the Oregon shooting.


While James didn’t specify if he was hoping for action on a federal and/or state level, the basketball star has been active on social issues (as seen in the image below), and said that laws and education were essential to making a difference. 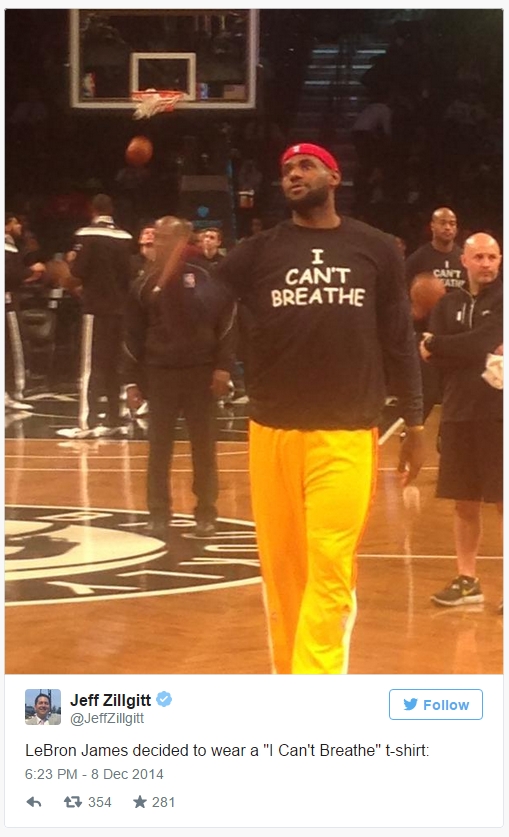 James said that he didn’t watch President Obama‘s impassioned speech on the matter at the time, but seemed to have similar thoughts on the issue.

“Obviously you’re not going to be able to take every gun out, I don’t know how you can do that,” James said. “But if there’s some stipulations behind it or some penalties, some big time penalties or rules or regulations about carrying firearms, legal or illegal, people will second-guess themselves.”

Next Mother of Oregon Shooting Victim to America: Arm Yourselves