In October of 2009, an Arkansas man named Schuler Benson opened his primitive steam-powered flip phone and tried to log into Facebook. This was before technology existed, so the stone age Facebook app had plenty of bugs (it still does). Instead of giving him the option to log in, it automatically logged him in to a stranger’s account. It took a few minutes of posting to realize that he was doing so as Celeste Zendler of Boulder, Colorado. 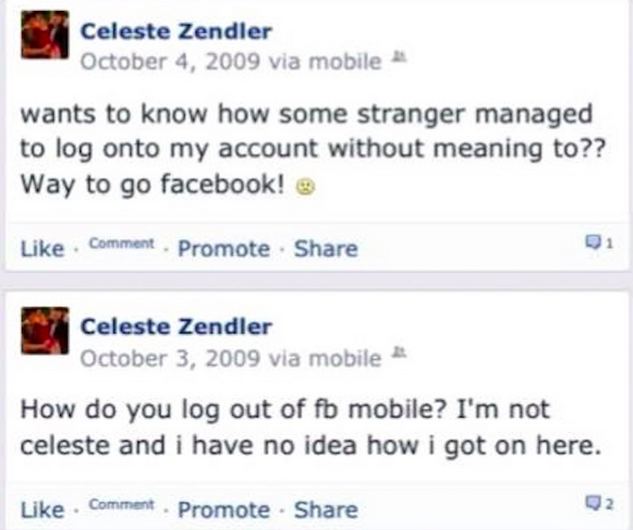 Eventually, Benson got in touch with Zendler’s friends through her account, and together they engaged in a panicked quest to figure out the glitch. Then Benson found out and got involved herself. It was a modern day comedy of errors, played out entirely through social media: 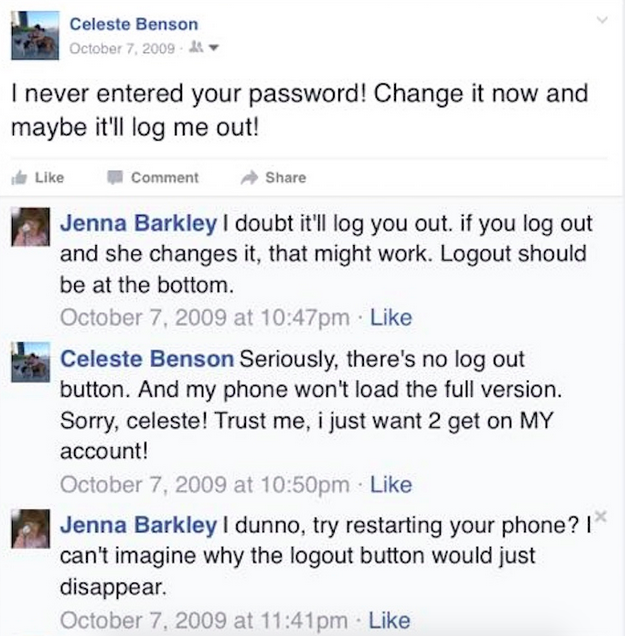