You’ve heard endlessly about “white privilege” from the professional social justice warrior gripers. But rarely does that crusading crowd — or their spiritual leaders in the White House — acknowledge the brutal impact of wealthy Middle Eastern thug privilege in America.

The latest case of WMET privilege involves a well-connected Saudi prince arrested on Wednesday after allegedly sexually assaulting a woman at his $40 million Beverly Hills rental mansion. Witnesses reported seeing a bloodied woman screaming for help as she scrambled over an 8-foot wall surrounding the property. 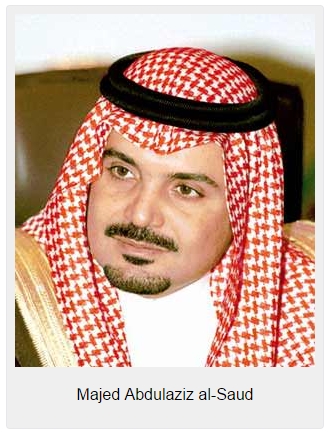 (No word, by the way, on whether or how this accused brute is related to Saudi princess Buniah al-Saud, who pleaded no contest in 2002 to charges of beating her Indonesian maid in Florida. She was fined a measly $1,000 and let loose.)


So, where is al-Saud now? Long gone, no doubt. His royal benefactors forked over $300,000 to bail out the privileged jetsetter. Neighbors say the estate has been evacuated. Al-Saud has an October 19 court date.

But don’t expect him to show any more respect for our laws than another fellow wealthy Middle Eastern thug who has recently gone on the lam. Sheikh Khalid bin Hamad Al Thani of Qatar, owner of a Ferrari caught racing illegally through another Beverly Hills enclave, is nowhere to be found. A driver believed to be either Al Thani or one of his drag-racing opponents bragged to a witness that he had diplomatic immunity and could get away with murder, and then spat “Fuck America” before disappearing.

Meanwhile, three other women have stepped forward to file a civil complaint against al-Saud alleging “extreme,” “outrageous” and “despicable” behavior by the prince at the sprawling compound. The workers say they were “deprived of their freedom of movement by use of physical barriers, force, threats of force, menace, fraud, deceit and unreasonable duress.”

Feckless Foggy Bottom bureaucrats at Obama’s State Department, as usual, have no comment on either case. But hey, check out all those White House tweets protesting the “war on women”!

Does Washington apathy about the Saudi sex slave trade on American soil sound familiar? It should. In 2013, I reported on two Filipina women who escaped a Saudi diplomatic compound in Virginia after suffering abuse. They were taken into protective custody by Department of Homeland Security personnel. The gated complex is owned by the Kingdom of Saudi Arabia’s Armed Forces Office, whose personnel reportedly enjoy full diplomatic immunity. 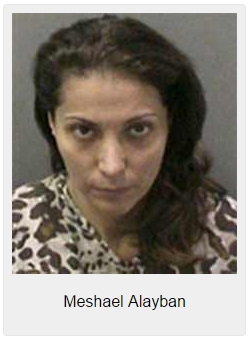 DHS refused to respond to my follow-up inquiries about the case. The status of the alleged assailant remains unknown. This spring, Walden Bello, chairman of the Overseas Workers Affairs Committee in the Philippine House of Representatives, revealed that one of the abused workers “was sent back to Jeddah to take care of the mother” of the alleged attacker.

Let’s hope the worker hasn’t run into Meshael Alayban, wife of Abdulrahman bin Nasser bin Abdulaziz al-Saud, who is allegedly back in her home country after wiggling out of felony human trafficking charges in Orange County, Calif., two years ago. A Kenyan maid escaped from Alayban’s compound and told police that Alayban confiscated her passport, refused to abide by an employment contract and forbade the worker from returning to her home country — where she had an ailing 7-year-old daughter.

LAPD officers discovered four other domestic workers from the Philippines at Alayban’s estate who pleaded to be freed from Saudi bondage. But after handing over a cool $5 million in bail, Alayban’s lawyers had the charges dropped.

You’ll note that most of these cases of oppression and subjugation involve rich and powerful assailants “of color” exploiting poor victims “of color.” Don’t their lives matter, too? Apparently not. Both Democratic and Republican administrations have looked the other way. Once again, political correctness and diplomatic fecklessness in the coddling of our Muslim “allies” trump “progressive” American rhetoric about women’s rights and social justice.