Students at a Wyoming high school took matters into their own hands last week by festooning themselves in the colors of the American flag after the principal and an assistant principal canceled “America Pride Day” over concerns that some immigrant students could feel sad and left out.

The scene of the red, white and blue brouhaha was Jackson Hole High School in Jackson, Wyo., reports the Jackson Hole News&Guide. 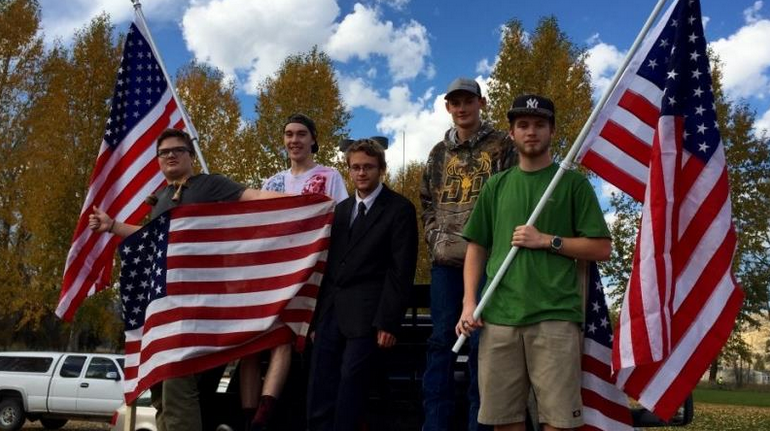 In response to a decision by school officials to replace a previously-held “America Pride Day” with “College Day” as part of this year’s homecoming festivities, a large group of senior students and some juniors protested by bedecking themselves with American flag capes, American flag headbands, American flag shorts and all manner of beautifully and garishly patriotic American flag ornamentation.

After school, one kid also drove a diesel truck around the parking lot with a bunch of American flags waving in the breeze.