An open letter written by an Ohio high school student suggests that school officials may be partly to blame for the suicide death of a sophomore student.

According to Hank Sigel, he, Hayden Long and other students were “verbally attacked” by school officials and police after being accused of smelling like marijuana at their homecoming dance, Fox 43 reported.

In an open letter that has been circulating throughout social media, Sigel claims school officials and a police officer told Hayden that he “ruined his life.” The group of students were also allegedly told that they “would fail their classes, had ruined their academic careers, and had made the biggest mistake of their life.” 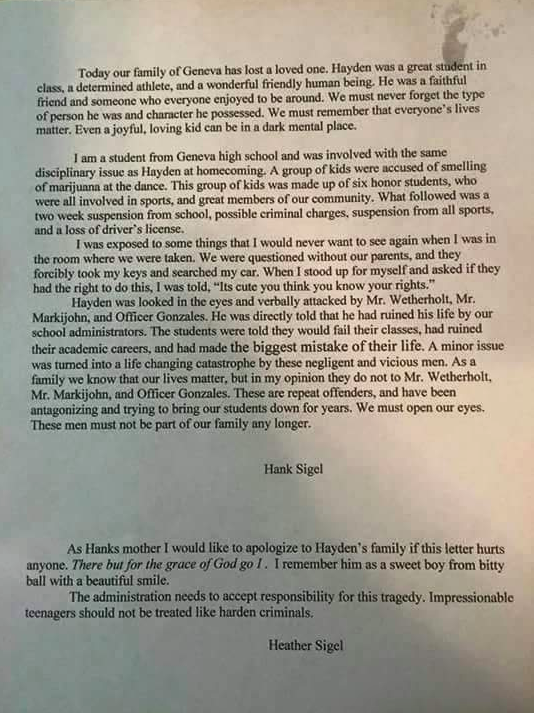 Next Kim Davis Was Offered $500k, For The Most Immoral and Disgusting Thing Imaginable