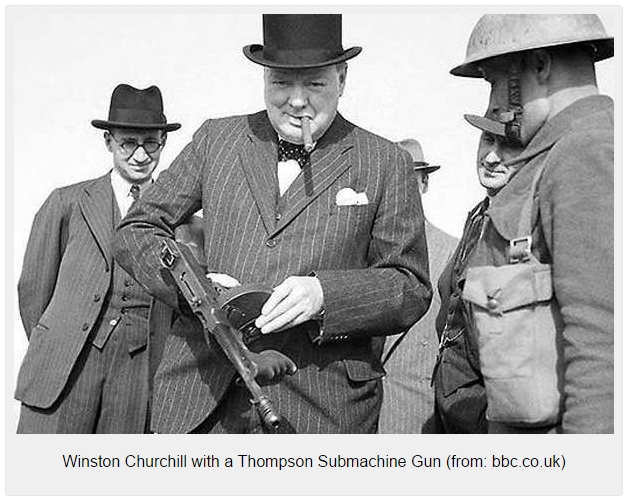 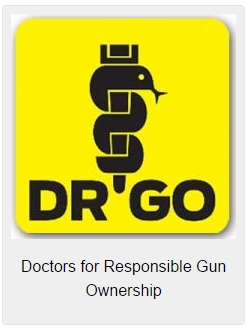 An interesting conversation with a European neuro-surgical colleague, who decries the “gun culture” of America, took place that may be of interest to readers of GOP-USA.

The dialogue began with a difference of opinion on an unrelated topic, but in the course of that exchange, I happened to innocently use a figure of speech that offended the other party, and the conversation below ensued.

What I wrote was: “Although only three paragraphs long, Dr. Z’s letter is a loaded gun of criticism with serious implications that require considerable historic and philosophic discussion and cannot possibly be answered fully in a few paragraphs.

Dr Z: “Dr Faria’s comment tries to rewrite my letter but does not succeed. Certainly, my letter was no “loaded gun” — it caused none of the physical injuries, death and human misery inflicted by the ‘loaded gun’ culture that some choose to celebrate.”

And with that retort, one may say, therein lies the rub. It happens that I had written a two-part comprehensive editorial entitled, “America, Guns, and Freedom,” which had upset not only Dr. Z but also his mentor Dr. H at a prestigious institution in Europe. Both of them deplore America’s “gun culture.” A long correspondence had ensued on that occasion with Dr. H, who seemed to blame America for most of the evils in the world.

Thinking he was naïve, I gently tried to dissuade him from such an erroneous opinion.

On this occasion I also responded to Dr. Z cordially that he obviously referred to my two-part editorial, “America, Guns and Freedom,” when he made the remark, as they had been published in the medical journal in question. I reminded him that totalitarianism was not just a mere curiosity of the past, but history that should serve as lessons for avoiding erroneous repetition in the future. It was a “gun culture” of free citizens that preserved freedom in the 20th century — and hopefully will do so in the 21st!(1,2)

It was the American “gun culture” that liberated Western Europeans from the Nazis during World War II and subsequently also protected all of free Europe from the Red Army and the rolling Soviet tanks during the cold war. Moreover, witnessing the renewed roaring of the Russian Bear in the Caucasus and the Ukraine, I reminded him the Europeans may require further protection from the U.S. “gun culture” in the near future!

I went on explaining that it had been because of the protection afforded by the American “gun culture” that Europeans, including our cousins in Great Britain, were able to create and sustain in peace the social and economic “safety nets” of which they are so proud.

I was not putting down our Europeans friends and Europe to offend them. I stated Europe was worth defending as it was the birthplace of Western civilization and consequently the midwife of American culture!  His derogatory statement, though, required a response.

Then I brought up a little history. Dr. Z, who practices neurosurgery in the British National Health Service but is not a native Briton, I admitted, may also not have been aware that the celebrated British Home Guard (1940-1944) was short of guns during World War II because of England’s gun control policies.

The Home Guard required guns urgently for the defense of the homeland as the Germans prepared for the invasion of Britain after their victory at Dunkirk. In near panic, some Home Guard units were even issued home made Croft’s pikes (after Lord Croft, the Under-Secretary of State for War), which Prime Minister Winston Churchill had to promote as “effective and silent” weapons to fight the invading Nazis!

But in another hour of need, the “gun culture” of America came to the rescue. Private American citizens and the much hated National Rifle Association (NRA) collected and shipped large numbers of privately donated guns for use by the Home Guard.(3,4)

Winston Churchill (photo, top) stated eloquently in his book, Their Finest Hour: “When the ships from America approached our shores with their priceless arms, special trains were waiting in all ports to receive their cargoes. The Home Guard in every county, in every village, sat up through the night to receive them…. By the end of July we were an armed nation….”(4)

Most of the guns were never returned. They were melted down after the war when Britain resumed her gun control and social programs — sheltered by the Pax Americana as did the rest of Europe.(1,2)

Dr. Z, apparently not a bit annoyed by the embarrassing historical facts, then concluded: “I will not engage you further on “gun culture” or geopolitics save to say that — thankfully — many would disagree with your views on both matters.”

To which I responded that my historical details were referenced, verifiable facts, and that of course any geopolitical discussion would result in disagreements.(5) At the the height of the cold war, for example, there were many Europeans (and some Americans, no doubt) chanting “Better Red than Dead,” preferring communist slavery to freedom. I’m thankful that those so chanting did not prevail, instead those of us in the “gun culture” with the contrary opinion won in the cold war.

And that ended the discussion at least on the topic of American “gun culture.” I’ll let you know if there is more, so stay tuned.

—  Miguel A. Faria, Jr., M.D. is Clinical Professor of Surgery (Neurosurgery, ret.) and Adjunct Professor of Medical History (ret.) Mercer University School of Medicine. He is an Associate Editor in Chief and a World Affairs Editor of Surgical Neurology International (SNI), and an Ex-member of the Injury Research Grant Review Committee of the Centers for Disease Control and Prevention (CDC). 2002-05; Former Editor-in-Chief of the Medical Sentinel (1996-2002), Editor Emeritus, the Association of American Physicians and Surgeons (AAPS); Author, Vandals at the Gates of Medicine (1995); Medical Warrior: Fighting Corporate Socialized Medicine (1997); and Cuba in Revolution: Escape From a Lost Paradise (2002).

Robert B. Young, MD is a psychiatrist practicing in Pittsford, NY, an associate clinical professor at the University of Rochester School of Medicine, and a Distinguished Fellow of the American Psychiatric Association.

Doctors for Responsible Gun Ownership, a project of the Second Amendment Foundation. www.DRGO.us


Previous Liberal Lies About Guns – A Point by Point Breakdown

Next Four Hikers Were Crossing Suspension Bridge. Halfway Through, Something Horrific Happened