Of course Cheers and Frasier star Kelsey Grammer is anti-abortion. The actor has repeatedly discussed his conservative political views in countless interviews. They don’t always match exactly with what mainstream Republicans would like the GOP to stand for, but that hasn’t stopped Grammer from identifying himself as a conservative.

So why the hell are people surprised that his wife, Kayte Grammer posted a photo of him wearing an anti-abortion t-shirt on Instagram? 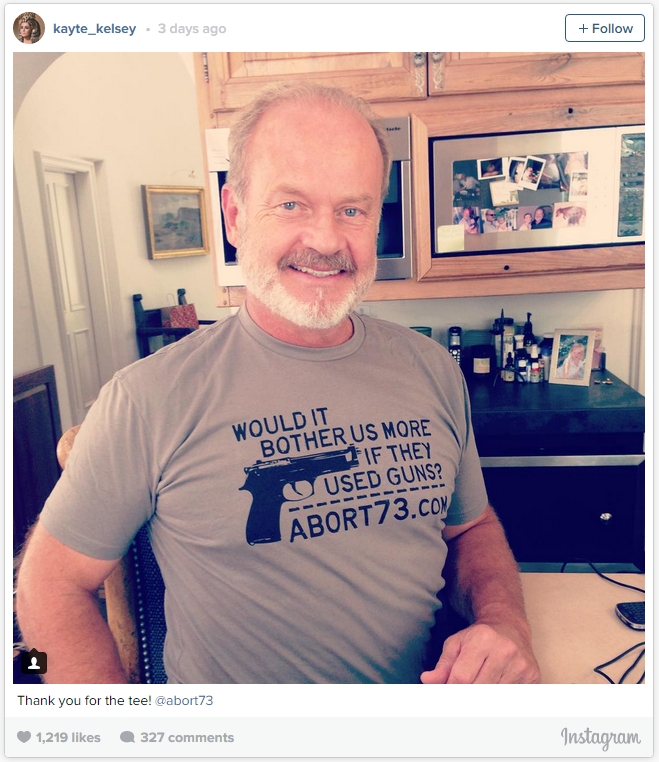 The shirt, from the pro-life website Abort73.com, combines an image of a handgun with the rhetorical question, “Would it bother us more if they used guns?”. The implication being that, if clinics and hospitals that gave abortions used firearms (a totally viable medical procedure), would those on the pro-choice side of the divide be okay with it?

Kayte also posed while wearing a similar shirt. In addition, her Instagram feed is rife with religiously-motivated pro-life posts and the Grammer family’s preferred Republican candidate. And no, it’s not Donald Trump. 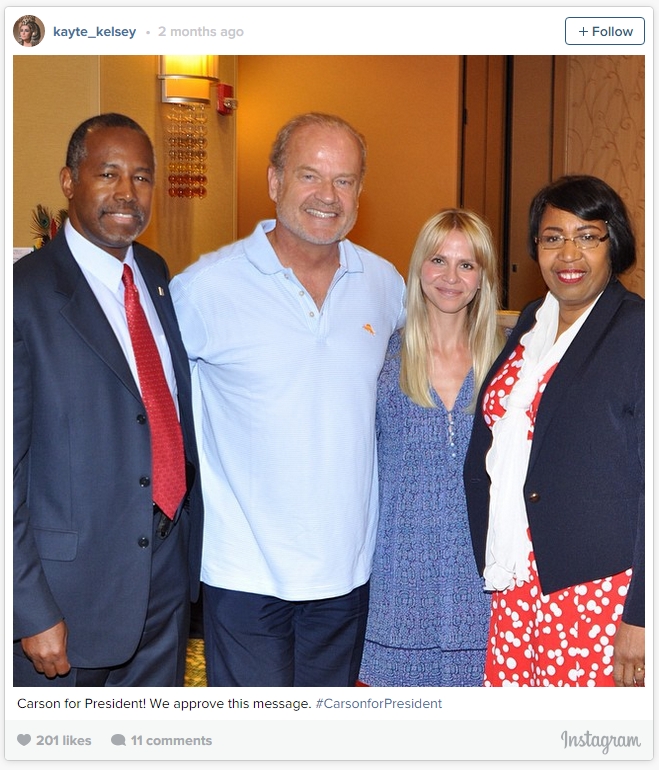 Yes, Kelsey and Kayte Grammer support Ben Carson. So yeah, not all that surprising folks.