There is a difference between the political left and the political right.  Boiled down to its simplest terms, those who want to conserve liberty feel a duty to do good.  In contrast, those on the left want to feel good.  That small difference leads to profoundly different policy proposals.  Few topics highlight the difference as clearly as self-defense.  We’ve seen a few mass murders in recent months, though more and more of them are copy cat events encouraged by the media.  The political left says they have to do something, pass some law, to show their concern.  The political right asks what would actually save lives.

What would save lives?  Liberal politicians never answer that simple question.

They propose some new regulation that they admit would not have stopped any of the murders we’ve seen.  They propose something useless to score political points.  When asked, liberals say we need bigger government and more restrictive laws until honest citizens lack the means to kill.  They never say how this will actually stop criminals and crazies.  That is beside the point.  Their legislation is designed to make liberal voters feel better.

Conservatives react differently.  First, there is a strong correlation between people who get their license and carry concealed.. and those who are political conservatives.  (I’ve never met the progressive who got his concealed carry license.  If you’re the one, please introduce yourself.)  Concealed carriers want to protect their family and neighbors.  They feel it is their duty to do so.  Ask them, and they will tell you they wish they were at one of the mass murder sites.  They don’t want to be a hero.  Instead, they ache when they read about innocent victims being gunned down in “gun free zones”.  Theirs is a grass root solution.

Conservatives want the average citizen to protect themselves until help arrives.

Did you notice the profound difference between the two reactions?  The conservative directs his own actions to make things better.  The liberal shifts responsibility to the government in order to make himself feel better.  Let me show you a few more examples.


Liberal politicians and liberal media have called for more gun control after the recent murders at the Oregon Community College.  From President Obama and CNN on down, they called for more “common sense gun control”.  They repeat that phrase over and over again like a religious mantra.  They never define a particular law that would help, though they give passing lip service to many proposals.

“Universal background checks” are particularly popular.  Liberal politicians claim background checks would disarm criminals and crazies.  The liberal politicians ignore the evidence that thugs get guns without having to bother with any check at all.  I give you the gun control paradise of Chicago as their finest failed example of gun control.  The President’s home town had its bloodiest month in 13 years.  Chicago’s flood of gun laws have not even slowed the murderous drug gangs.

Back to the recent murder at the community college, Oregon already had mandatory background checks.. and the murderer passed all of them.  Even the mentally ill murderers at the Aurora, Colorado movie theater and at the University of Santa Barbara in anti-gun California passed their state mandated background checks with flying colors.  The murderer at Sandy Hook, Connecticut was an exception.  He simply murdered a family member in order to get his guns.

Quick, what can we do to feel better?

Oh.  That is right.  Murder is already illegal.

Got any more feel-good proposals for us?

What would save lives?  As one female self-defense advocate put it, ‘The problem is not that there were guns in the “gun-free” classroom.  The problem is that the victims were disarmed and the only gun in the classroom was in a murderer’s hands.’  I agree.  The problem was one of too few armed citizens rather than too many.

My reasoning is easy to understand.  In the land of “gun free zones”, a crazy man with a gun is king.  We peasants never fared well under tyrannical kings.  That is why the crazies go to gun-free zones time and again. 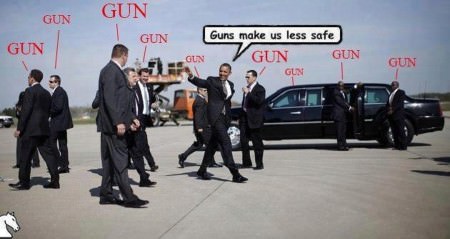 While I’m criticizing President Obama’s policies, it was also stupid to disarm soldiers at recruiting depots and at their bases.  I can’t help wonder why our soldiers are left defenseless and politicians have armed guards.  I’ve heard stunningly stupid political rationalizations for this bigoted decision.

The media deserves criticism too.  They let President Obama get away with these foolish ideas.  Our president promoted more gun-free zones for our children, but not for his children.  The liberal media thinks armed guards are a bad idea at our schools, but armed guards are a good idea at their major news studios.  That stinks.

Would my liberal friends please wake up and smell the hypocrisy!  Gun free zones are getting us killed.  So are fatherless children. 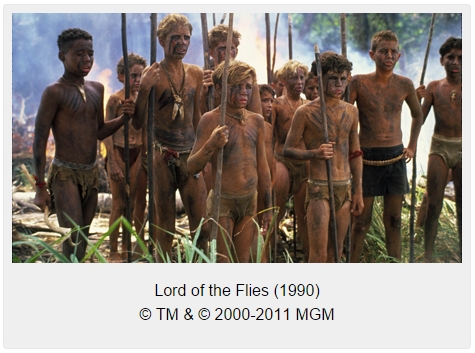 In a spirit of bipartisanship, let me ask my democrat friends for help.  I’m getting tired of seeing innocent victims killed while liberals lobby for feel-good laws.  Let’s do some good instead.  (There.  I outed myself as a conservative.)  If liberals want to stop these murderers, would they at least stop voting for crazy politicians who pass legislation that soothes their hurt feelings; legislation that simply leaves us more vulnerable!  Stop it, please.

I think saving lives would make you feel better.

About Rob Morse:
Rob Morse writes about gun rights at Ammoland, at Clash Daily and on his SlowFacts blog.   He is an NRA pistol instructor and combat handgun competitor.