A Palm Bay, Florida, woman is facing the death penalty for killing her own children. Jessica McCarty, 33, revealed in a written police statement that even as she was murdering her children, her young, innocent daughter continued to profess her love for her mother. Jessica McCarty, 33

From The Daily Mail:

The victims of a Florida woman who allegedly killed her own children are said to have told their mother how much they loved her before they died. Jessica McCarty, 33, told police officers that she didn’t deserve to live after the alleged deed, for which she faces the death penalty and three first-degree murder charges in Brevard County. 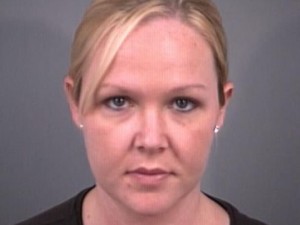 Police say that Lacey McCarty, 7, was drowned in a bathtub, and that her brothers Phillip McCarty, 6, and Christopher Swist, five months, were strangled with cords around their necks.

New court documents, including handwritten notes from the officers who arrested her after she tried to take her own life with a knife,  reveal what she said in the aftermath of the killings in March.

“I’m so pissed you guys didn’t shoot me with a real gun. I don’t deserve to live,” McCarty said as she was being taken to the emergency room. Newly released handwritten notes taken by Palm Bay Detective Lewis Jones show that she also said, ‘I wish I’d finished the job’, according to Florida Today. 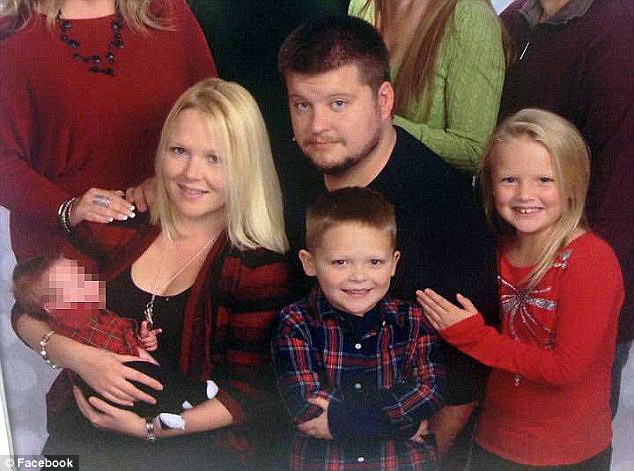 Police say that the mother called 911 after killing her children, and that her boyfriend, also Christopher Swist, 30, called after he arrived back at the home they shared. The children had reportedly told their mother how much they loved her so much during the killings.

McCarty reportedly recalled her daughter Lacey: “She kept telling me, ‘I love you mommy”, Florida Today reported in June. She also texted photos of the bloody house to her partner before he rushed home and called 911 while holding the youngest child in his arms. The baby was on life support for two days before being declared dead at a local hospital.

A report from the Department of Children and Families said that in 2009 McCarty was investigated for possible child neglect and labeled an ‘intermediate’ risk to her children because of her suicidal tendencies. McCarty, who also previously pleaded guilty to stealing prescription pads to acquire painkillers, was ordered to go to counselling.

Other court notes in the case say the McCarty had previously told family members ‘”I will snap my babies’ necks and take them with me when I kill myself’. She also left a goodbye note to her family saying that she ‘had no other choice’. The note said that she was ‘told how I suck at everything I do. Well you were right, I am worthless’.

McCarty is being held without bond.

It goes without saying that this MONSTER deserves to die and this is one of those cases where it’s unfortunate that the Constitution forbids cruel and unusual means of punishment.


Previous [WATCH] Trump on Oregon Shooting: "Result Would’ve Been Better" If Someone Had a Gun

Next [VIDEO] SNL Slams Ben Carson, Gun Ownership, Constitution With Typical Liberal Stupidity: "What Are We Preparing For?"