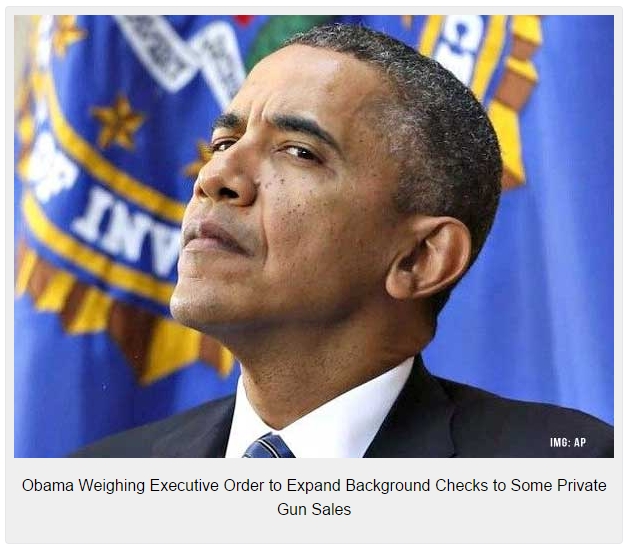 Eight days after a gunman opened fire in Roseburg, Oregon, with weapons acquired through a background check, President Obama is weighing the option of using an executive order to circumvent Congress and make background checks a requirement for certain private sellers.

According to The Hill, a White House official has confirmed that the executive order would set a threshold as to the number of guns one can sell each year and still be considered a private seller. Selling any number of guns above that threshold would require that the seller to obtain a Federal Firearms License from the government and perform NICS background checks on every purchaser.

NBC News reports that Obama plans to do this by reworking language in selling guidelines to redefine “who is legally defined as a licensed gun dealer and therefore required to conduct background checks on potential buyers.”

NBC News quotes anonymous sources saying the Obama administration is currently weighing “50 or 100 guns a year as the threshold to trigger these requirements, although they have not formally settled on a number.”


There are numerous problems with this executive push, not the least of which is the way it sets up future administrations to lower the threshold for background checks to 40, 30, or even 10 gun sales a year. Moreover, it sets up an immediate dilemma—namely, how will the government know how many guns a private seller is selling? In order to know that number, the government will have to have some type of record of guns owned or guns for sale, either of which increases the paper trail on guns possessed by law-abiding citizens.

A third overarching problem with Obama’s executive order is the fact that the Second Amendment protects natural rights relating to gun ownership and self-defense. Neither of which are supposed to be infringed with government regulation. Yet stringent regulation is exactly what Obama seeks.

Next Democrat Gun Control Proposals Way Off Target… As Usual