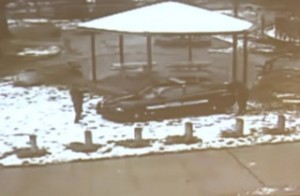 Saturday night, the Cuyahoga County Prosecutor’s Office released the results of two external investigations into the police shooting of 12-year-old Tamir Rice, both of which found that the shooting was justified.

In November 2014, rookie Cleveland police officer Timothy Loehmann exited his police car and shot Rice less than two seconds later. Rice was carrying a pellet gun that had its orange identifying markings removed. Video of the boy’s death set off national outrage and protests carried out by the #BlackLivesMatter movement.

But both reports– which were carried out by a former FBI officer and a retired prosecutor– found that Loehmann was justified in shooting Rice.  They point in particular to the fact that the 911 phone call that prompted the encounter described a grown man waving and pointing a gun. The 911 dispatcher failed to pass along the witness’ remarks that it looked as though the gun could be fake.

The prosecutors who released the reports said they weren’t drawing any conclusions about the case, just sharing evidence: “The gathering of evidence continues, and the grand jury will evaluate it all.”

An attorney for Rice’s family, however, accused prosecutors of trying to avoid accountability. “To get so-called experts to assist in the whitewash — when the world has the video of what happened — is all the more alarming,” he said. “Who will speak for Tamir before the grand jury? Not the prosecutor, apparently.”

Next [VIDEO] DONALD TRUMP: Accepting Syrian Refugees Could Be "The Greatest Trojan Horse"