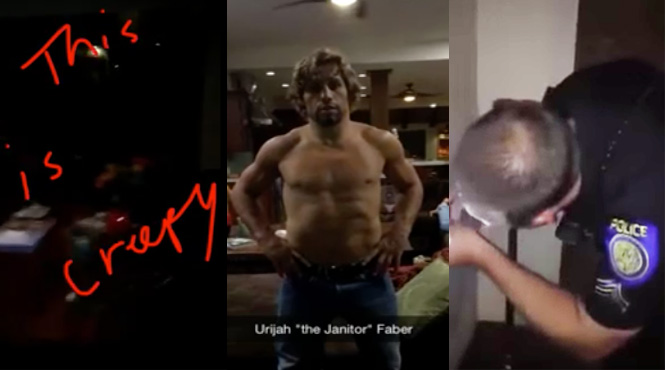 A Snapchat video fromMMA fighter Urijah Faber showcases one of the most bizarre nights you can imagine. A drunk woman forced herself into the mixed martial artist’s California home and proceeded to shit all over his bathroom. 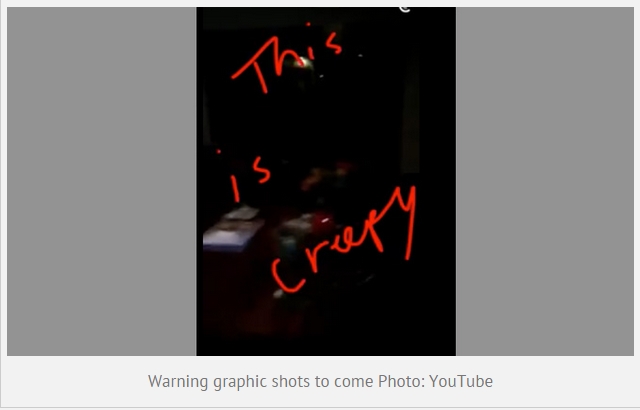 WARNING: GRAPHIC IMAGES ARE INCLUDED IN THIS STORY

The motive? It appears the drunken women was desperate to get to a toilet. When police arrived on the scene, they had to take the door off its hinges. Apparently, the intruder wanted privacy. Luckily, Faber and his friends recorded the entire incident on Snapchat.

What happened next cannot be fully conveyed in written or video format, and police noticed a pungent odor upon entering the bathroom. 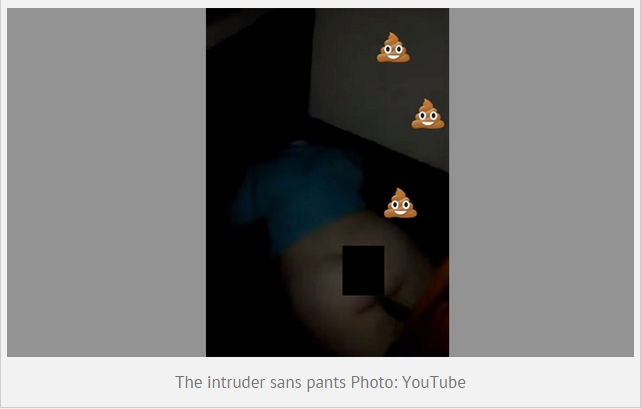 Once in view of the commode, authorities and Faber’s house guests also discovered the inebriated pooper was not wearing any pants. What they saw next was downright horrifying. (Scroll down at your own risk.) 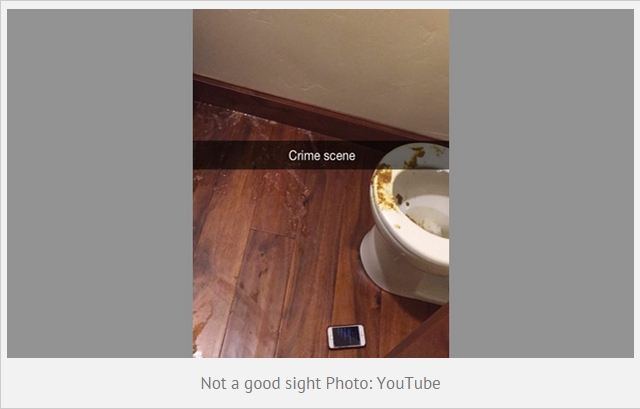 Miss Potty Intruder appears to have had a mouth and bottom explosion all over the bathroom. Sadly, Faber now also has the title of ultimate janitor. 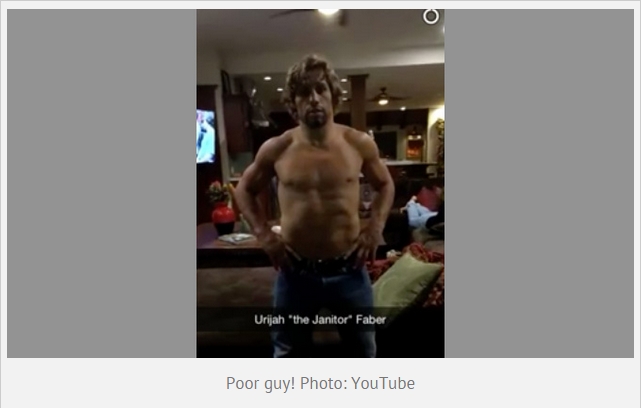 Is having this footage shared across the Internet punishment enough? Or does Miss Pooper deserve time for her crime? Share your thoughts below!