It’s been over a year and a half since marijuana was legalized in Colorado for recreational use, and it seems that the state has been doing extremely well. With a massive influx in cash, the state has been able to use the money for better their police and firehouses, to fix and maintain roadways, and for supercharging the education system.

It’s the last part that has gotten some children notice lately, as last week, two 11-year-old boys in Boulder began selling marijuana at a roadside stand. The two say they got the idea during their 5th-grade math class. 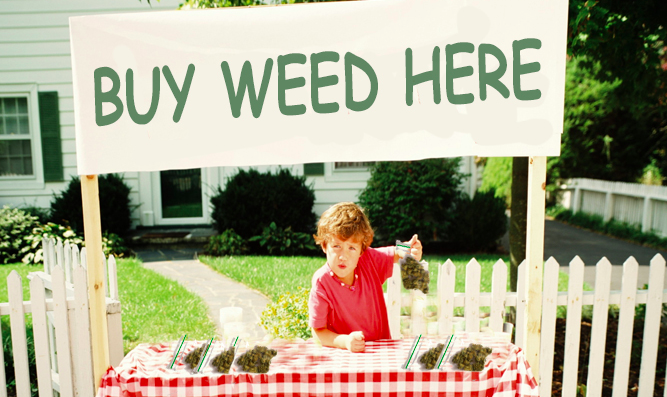 “Our teacher, Mr. Ames, he told us we could do anything we wanted in life, including selling drugs!” said Joey Goldsmith, 11. “I never thought about it before, but now that weed is legal, anyone can get it. Well, anyone over 18. Thankfully, I have an older brother and he gets and smokes it all the time, so he lets me take some and my buddy Mike and I sell it in my front yard.”

Joey says that he and Mike have made over $4,000 in just under 6 days, selling medical-grade marijuana to the people of their suburban neighborhood.


Previous Florida Man Arrested For A DUI, Here’s The Thing…He Wasn’t In A Car