It started as a normal Friday night football game in Bossier City, Louisiana. But there were also some honored guests there that night: veterans who served in World War II and the Korean War. The veterans were given front row seats to the game, and the marching band paid tribute to them at half time. The Parkway High School Air Force JROTC staff and cadets honored them at the game. They were also greeted by various members of law enforcement, but one picture has touched Americans across the country. 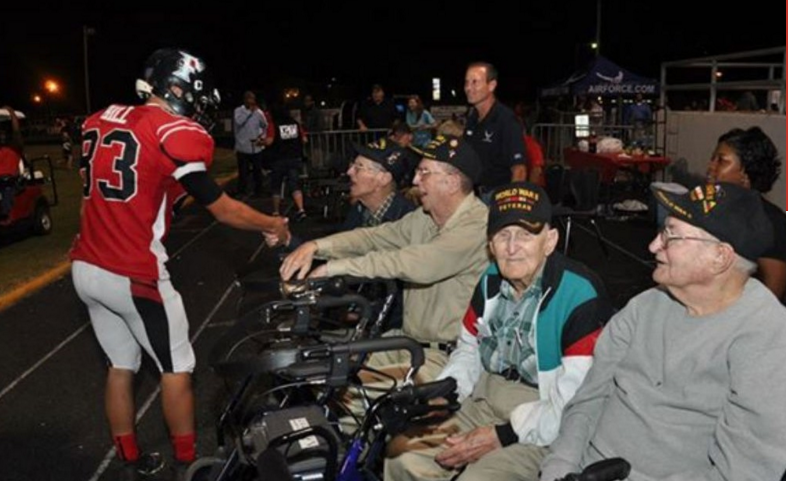 Parkway High School student Chase Hill was returning to the field from half-time when he spotted the veterans. Instead of heading to the bench with his team, he broke away and headed for the veterans, and ran over to shake each and every one of their hands. The moment was caught on camera, and the Bossier Parish Sheriff’s Office shared it on their Facebook page. The photo quickly went viral, racking up over 200 comments and over 2,000 shares so far.
Read more HERE