The reason why I am calling out these crimes when I see them is because the mainstream media is driving the narrative that blacks are being attacked and killed by white cops but rarely ever speak on gang-related black thugs attacking white civilians.

In this case just a week ago, Kevin Dawes and his family were attacked by a mob of 20 to 30 black teens at a city-sponsored event in Florence, according to a report from Huntsville CBS affiliate WHNT. Local police, however, are hesitant to characterize the incident as a “hate crime.” 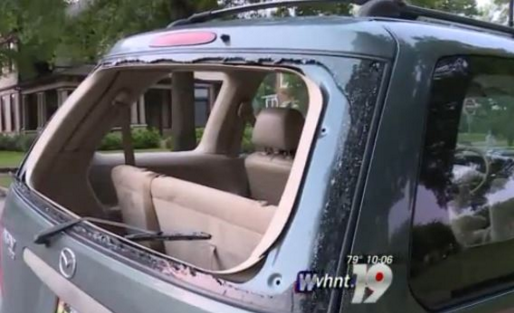 During the investigation, a victim of the attack remembered hearing “Get that white!” from the teens as they beat her husband and son.

“They’re screaming, you know, yeah, ‘get that white!,’ you know and tasing him and laughing and taunting,” Juli said. While the incident is not yet being classified as a hate crime, the Florence Police Department has not ruled out the possibility and is examining the situation “from all possible angles.” Police Chief Ron Tyler said “There are no set of circumstances that would ever justify an unprovoked attack by a group of thugs, and we will not allow any group to hijack the family friendly First Fridays event.”

What do you thnk? Was this a hate crime?

Next Here Are Some Of The Stupidest Emergency Calls, It Seems People Do Not Understand The Purpose Of 911