Why the anti-gun left is responsible for the gridlock on gun control (not that it is a bad thing) and not the NRA. 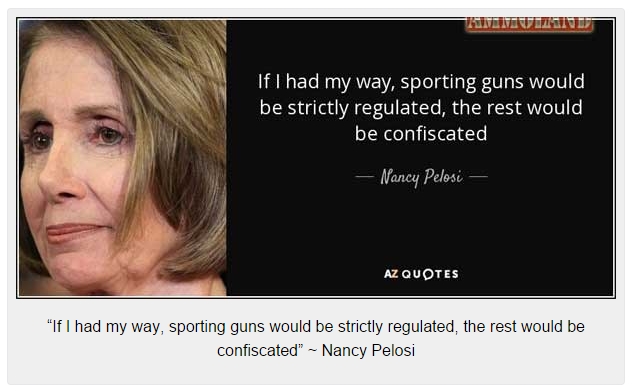 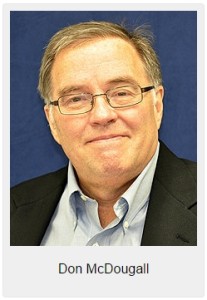 The first quote is by Democrat Nancy Pelosi, the second two are by Democrat Chuck Schumer. If you asked either politician today they would (in public) proudly tell you all … ALL they want is a few simple common sense gun control laws…you know… for the children.

Hillary Clinton isn’t any better, she admits to wanting to ban all semi-automatic weapons. But then in the next breath is REALLY only interested in common sense gun safety … more of the kind that is supposed to keep children safe.

Should the vote go in their favor next year Schumer will lead the Senate, Pelosi the House and Hillary would sit in the Oval office. Then just like CA, New Jersey or other anti-gun states there will never be enough gun control. It is not about the changes they might bring in 2016, it is 2017, 2018 and 2019…etc. As every year we would lose more of our rights to “protect children”.

If it was just not for that darn NRA thwarting these “common sense” laws to save the lives of children the world would be a safer place and we would all own pet unicorns that crapped Krugerrand!

The NRA’s damning error – what have they done that is so wrong?

The NRA’s mistake is believing political leaders when they said they want to ban guns. 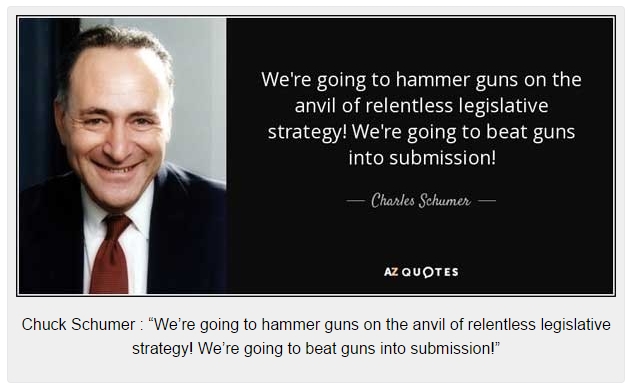 Would the same politicians mentioned above believe … say … Mike Huckabee, if he said he was now pro-choice, and ONLY wanted common sense limits on abortion … you know … for the children? When you revers the logic or pick a separate topic the NRA’s position seems much more logical and defendable. When someone says they want to take away all your rights then says…” oh I only meant SOME of your rights” don’t believe them. 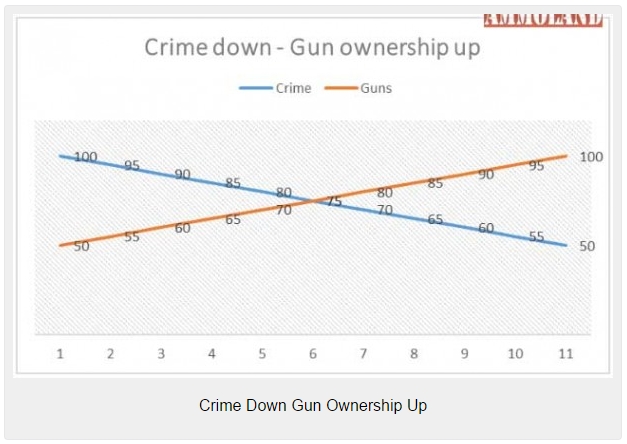 Gun sales were flat or declining prior to Obama becoming President. Since then gun sales and production have doubled. I suppose the correlation is obvious, if you want fewer guns in the hands of the average
American vote Republican.

Crime has dropped 50% in the past 20 years. So why the sudden push for gun confiscation and gun bans?

Remember there is an election coming up.

So yes the declarative statement of the anti-gun politicians, should stick to them. It means the NRA and any thinking gun owner rightfully sees their agenda. Their end goal is ALWAYS confiscation. You don’t have to guess all you have to do is remember and listen.

So what can the anti-gun left do to change our (collective) minds? Just a few simple things.

Three simple things that could dramatically change the discussion. Would we trust them completely? No, but respecting the constitution and our rights would be a good start to a unified approach to making America safer.

Give gun owners the assurances and comfort that we deserve, stop threatening confiscation and bans that are only “feel good” legislation anyway. Respect the rights of all Americans.

Because you see it isn’t that we don’t see a possible benefit to background checks, it IS that we don’t trust the people calling for them.

Oh and for those of you shaking your head one last quote.

“Waiting periods are only a step.

Registration is only a step.

The prohibition of private firearms is the goal.” ~ Janet Reno – Attorney General for William Jefferson Clinton, 42nd President of the United States, selected for the job by his wife Hillary Clinton. 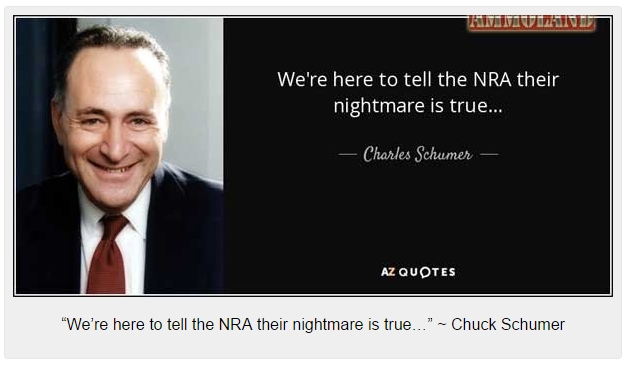 Don McDougall is an NRA instructor and member of the Los Padres “Friends of the NRA” committee. If he’s not at the range you will find him setting the record straight with on gun issues and gun safety on AmmoLand Shooting Sports News.


Previous Paul Ryan is a BAD CHOICE for Gun Owners