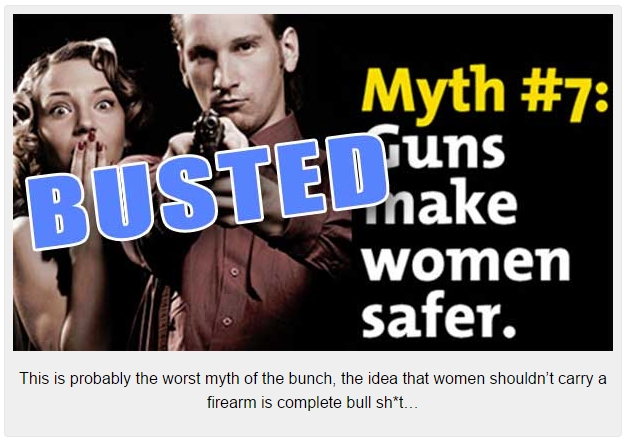 Here are a few stupid myths that I see thrown around when it comes to women and Concealed Carry for self-defense.

This is probably the worst myth of the bunch, the idea that women shouldn’t carry a firearm at all in case it is taken from her by an attacker and turned upon her. This is the argument often used by anti-gunners when talking about allowing things like campus carry (Campuses are one of the most dangerous places for women to be due to the exceptionally high sexual assault numbers).

While it’s true that a stronger opponent could conceivably take a firearm from a woman (or any weaker opponent, not all guys can fight) is it really better to leave her with absolutely no way to defend herself? A gun is one of the few true force equalizers that a woman has access to, allowing her to stop a much bigger stronger attacker before he gets close enough to lay hands on her.

Women Should Carry A Revolver 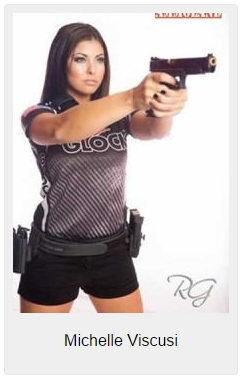 The first idea, that women can’t rack the slide, is simply absurd. Plenty of women shoot semi automatics every day without the slightest problems, just look at some of the female competition shooters such as Tori Nonaka and Michelle Viscusi over at Team Glock.

I’d like to see someone tell them that racking a slide is too much for a woman to manage.

Now there are, I will admit some people who struggle with racking a slide, both men & women, often people with arthritis or other hand strength problems find this to be difficult, but this is something that should be thought of on a case by case basis, not a blanket assumption applied to half of the human race.

The second train of thought, that a revolver is easier for a woman because it has fewer moving parts has a little more credibility. It’s true that revolvers are more reliable, they don’t jam like semi automatics are prone to do for various reasons. But let’s face it, if this is a reason for a woman to carry a revolver then surely the same logic can be applied to everyone who carries a firearm. There would be no need for anyone to carry a semi automatic if all we were concerned with was preventing jams.

Make no mistake, women are just as capable of clearing a jam and understanding how a semi automatic works so let’s put this myth to bed once and for all.

Women Can Throw A Firearm In Their Purse

When I got my concealed carry licence my instructor quipped that it was easy for me to carry as I could just put a gun in my purse and go. Even as a new concealed carrier I looked at him like he had two heads. Women absolutely must not simply add a gun to the list of things they carry in their purses, it’s dangerous and irresponsible.

A gun in the bottom of a purse is liable to catch on other items in the purse like keys and pens, this can easily cause an accidental discharge and could be potentially fatal. Even if said gun was in a holster inside the purse, have you ever seen a woman trying to fish something out from inside her purse, it can take a full 30 minutes for me to find my keys in there some days. Would you really trust that you can find your firearm inside your purse when you have 3 seconds before an attacker is on you?

If you do choose to purse carry, the best way to do so is in a concealed carry purse made with a separate gun compartment. This not only ensures that your firearm is stored safely, but you always know exactly where it is and which way it is pointing, even allowing you to fire from inside the purse if necessary.

Women Should Buy Jeans/ Clothes A Size Up

How much your wardrobe needs to change when you start concealed carrying is going to depend on your existing style and the firearm you choose to carry, but one thing that you shouldn’t do is simply start buying your clothing one size up.

Women’s clothing is designed to compliment our body shapes and is often fitted in all the right places. Buying your jeans the next size up is going to do nothing for your figure, and buying T-shirts that are simply too large is a great way to start feeling frumpy and unattractive.Not the goal of concealed carrying at all.

Far better than buying clothing a size up is to buy clothes that are designed to give room around the waist and hips. For jeans and trousers be sure to go shopping with your firearm [warning: just like a rest room be conscious not to leave your sidearm unattended in a dressing room] so that you can try on different styles and find one that both compliments your figure and accommodates your firearm.

There are plenty of stylish options for concealed carry (check out my fall concealed carry fashion board on pinterest for ideas) that don’t involve dressing in clothes that simply do not fit. 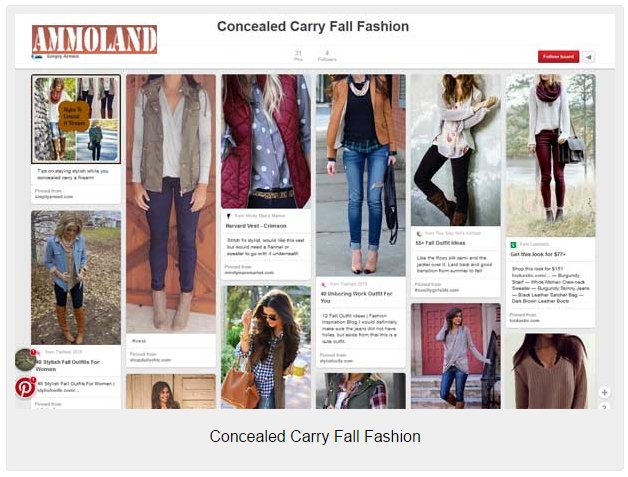 For a Women, Purse Carry Is As Good As On Body Carry

There is a time and a place for purse carry. I myself have a concealed carry purse that I use for those times when I want to wear a long dress or other clothing choice that simply doesn’t accommodate a firearm. Most days though I will dress to ensure I can wear my firearm on my body. There simply is no better way to carry.

Carrying in a purse slows you down, it just does. It’s harder to get into a purse, get your firearm on target and take a shot. Carrying on body minimizes that time and allows you to protect yourself that much faster. Those extra seconds could be vital in a life or death situation.

Purse carry also comes with the additional risks of theft or loss of a firearm. Purse snatchings aren’t always the big scary occurrences that they show on the movies, they may also be a quiet swipe from under a restaurant table or a smash and grab in your car. It’s almost impossible to keep total control of your purse 100% of the time and all it takes is one absent minded moment and you’ve lost both your purse and your firearm, landing it in the hands of a criminal.

Sarah Carling can be found here on Ammoland and on her own blog at SimplyArmed.com. She is originally from the UK and is now an Ex-pat Brit who found her love of shooting later in life after moving to the US. Sarah is an avid firearms enthusiast and proficient in pistol shooting (especially the M1911 Platform). She started using firearms in 2010 and soon fell in love with all aspects. Sarah has quickly become an advocate for the shooting sports encouraging women to learn and improve their firearms skills both through her work as an instructor and her position as a local leader for The Well Armed Women and as a certified NRA firearms instructor.