Gory images have emerged of a blood-soaked ritual taking place across the Middle East with young men slicing their heads and other parts of their body in terrifying acts of self-harm.

The holy Day of Ashura festival sees millions of Muslim men and boys around the world take part in the dramatic ceremony. It is held to mourn the death of the Prophet Mohammed’s grandson, Imam Husayn, in 680 AD, during the Battle of Karbala. 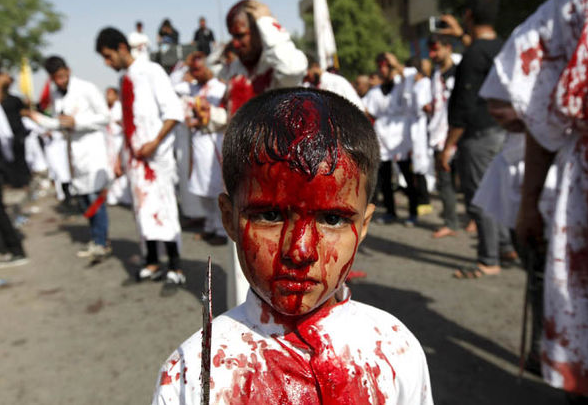 Millions across the globe, from Lebanon to south-east Asia, hold processions in their hometowns and take part in a variety of rituals. 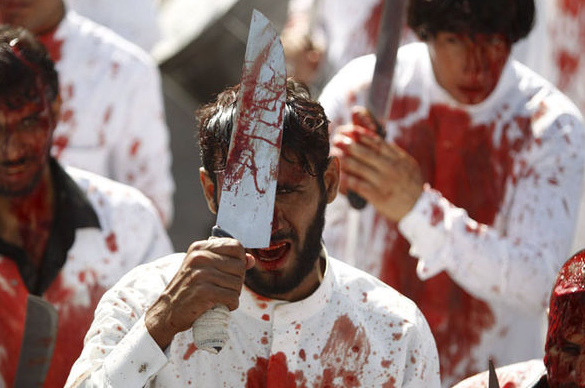 The annual ceremony is sadly targeted by Islamic extremists, and this year is no exception, a series of blasts targeting in the Bangladesh capital of Dhaka killing at least one person and wounding dozens more.