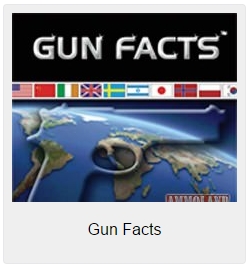 It is intended as a reference guide for journalists, activists, politicians, and other people interested in restoring honesty to the debate about guns, crime, and the 2nd Amendment.

Each chapter lists common gun control myths, then lists a number of documented and cited facts (with nearly 500 detailed footnotes). Thus when a neighbor, editor or politician repeats some sound bite about firearm control policy, you can quickly find that myth then rebuke with real information.

The PDF/printed versions of Gun Facts are now available.

The PDFs for the screen and printer versions are on the Gun Facts web site home page, and the pre-printed versions are available on Amazon.com.


SCREEN VERSION: For using on your computer or for sharing offline (I have been told that Gun Facts has been smuggled on memory sticks into countries where free access to the internet is not available).

PRINTER VERSION: For when you want to print pages, chapters or the entire book on your home printer (or office printer … Bill Gates has paid for many copies of Gun Facts to be distributed around the Seattle area).

AMAZON: For if you want a thumbable version for your desk, coffee table, waiting room or to send to your congress critter (some Gun Facts fans brag about how many copies they send to politicians and reporters).

Thanks to the generosity of donors (that would be most of you), we managed to build and buy software to semi-automate the production of the book from the web site contents. Thus, new editions will likely come out more often. Of course, the web site is constantly updated.

Gun Facts debunks common myths about gun control. It is intended as a reference guide for journalists, politicians and anyone interested in learning about gun control facts and restoring honesty to the debate about guns, crime, and the Second Amendment. Read in in more than 165 countries around the globe, Gun Facts is your reference guide to bringing truth to the gun control wars and making elected leaders obey. www.GunFacts.info