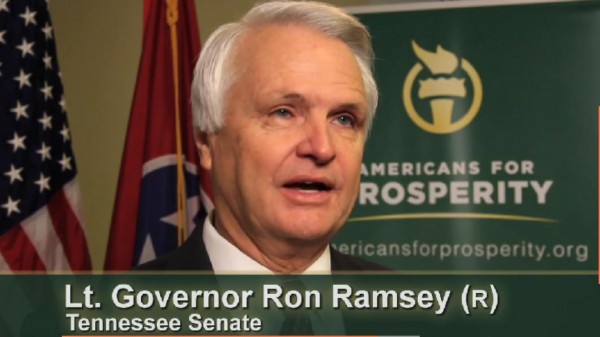 Some people seems to think that Lt. Governor Ron Ramsey of Tennessee said something controversial when he suggested that these are troubled times; that Christians are under attack, and that it would be wise for Christians to obtain a concealed carry permit and be willing to defend themselves.

“Whether the perpetrators are motivated by aggressive secularism, jihadist extremism or racial supremacy, their targets remain the same: Christians and defenders of the West,” he wrote.

“While this is not the time for widespread panic,” Ramsey added, “it is a time to prepare. I would encourage my fellow Christians who are serious about their faith to think about getting a handgun carry permit. I have always believed that it is better to have a gun and not need it than to need a gun and not have it. Our enemies are armed,” he added. “We must do likewise.”

Perhaps not surprisingly, a Democrat prefers Christians to be unarmed.

A poll at the site asks: Should Christians arm themselves?

The results thus far are:

The results are far closer than usual in this type of poll.  For the most part, polls that reflect on the Second Amendment show supporters outnumbering disarmists by 3-10 to 1.  Perhaps the latest shooting in Oregon has dampened those numbers.

Internet polls reliably measure the intensity of support on the Internet.  As most Second Amendment Supporters strongly support individual choice in armament, this poll might be interpreted as “preachy”.


Christians will not doubt point to Luke 22:36, where Jesus tells the Apostles to buy swords:

“But now if you have a purse, take it, and also a bag; and if you don’t have a sword, sell your cloak and buy one.

I suspect the results will widen in support of Christians arming themselves rather quickly.  Christians are under attack all over the world, and in most place, are prohibited from the ability to obtain weapons for self defense that Americans enjoy.  James Madison, credited with the final writing of the bill of rights, wrote:

“Americans have the right and advantage of being armed – unlike the citizens of other countries whose governments are afraid to trust the people with arms.”

It is true that few other countries enjoy as free an access to arms as in America.  There is Switzerland.   Most of the Anglosphere would have been included before the First World War.  After the war, England and Wales adopted severely restrictive gun laws in fear of revolution, such as had happened in Russia.  Most of the Anglosphere, including Canada and Australia, followed the lead of England and Wales.  Franklin Roosevelt attempted to institute severe limits on arms in 1934, during the depression, in the United States, but was only partly successful.

Link to the poll