A Louisiana stripper has reportedly been indicted for having sex with a minor and a dog.

Angeline Lodice, 26, was reportedly arrested in October and accused of sexually abusing a 3-year-old boy by giving him oral sex, reports the New York Daily News. The details that emerged about her behavior may be enough to put the woman away for life. 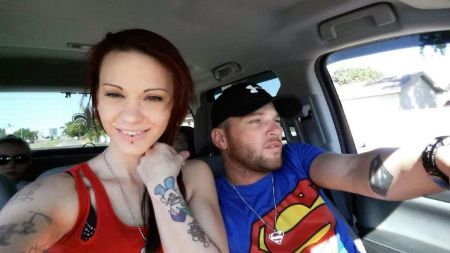 The boy’s father reportedly went to police after he found video footage and photos of Lodice allegedly giving his toddler oral sex. Lodice reportedly admitted to police that she was the woman in the photos and video, but claimed she didn’t recognize the boy. She claims she was drugged during the sexual crime and will reportedly plead not guilty by reason of insanity to charges of aggravated rape, sexual battery, and production of child pornography, reports the Times-Picayune.

She will reportedly undergo psychiatric evaluations.

In a separate video, Lodice was reportedly caught having sex with a dog.

Next Man Was Caught Doing The Unthinkable To His Wife, What Is Done Next Saved Her Life