Milwaukee police officers are respectful of the American flag because of the liberty it represents.

Black Lives Matter protesters just want the freedom, and couldn’t care less about the flag — or the country that affords it.

Democratic State Sen. Lena Taylor posted several photos of protesters outside the Milwaukee Theatre where the Republican presidential debate was taking place last night, including one of a protester standing on an American flag and pointing at it.

OFFICERS CEREMONIOUSLY FOLD AMERICAN FLAG BURNED BY PROTESTERMilwaukee Police Officers Joel Rossman, Jedidiah Thompson and Jutiki X gave honors to a flag tattered and burned by a protester.This evening brought thousands to downtown Milwaukee for the theater, basketball game and the debate. During one demonstration, a protester set an American Flag on fire.Milwaukee Police Officers, seeing the burning flag in the crowd, immediately grabbed a fire extinguisher to put out the flames. The plume from the fire extinguisher prompted reports of tear gas being used. These reports were false.The flag was taken to be inventoried for possible charges against the protester.Milwaukee police officers later conducted a small, dignified ceremony to properly fold the flag before placing it on inventory.

The Milwaukee Police Department posted several photos, as well as a video, showing the officers picking it up, folding it properly and saluting it. 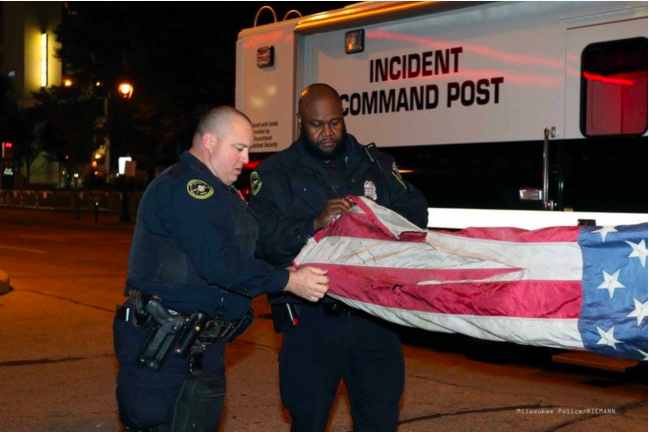 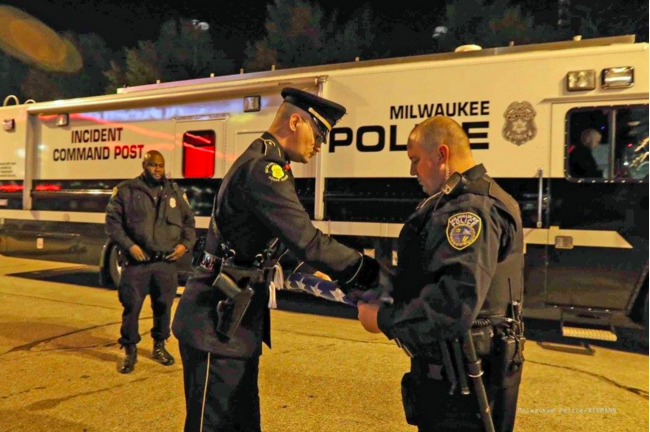 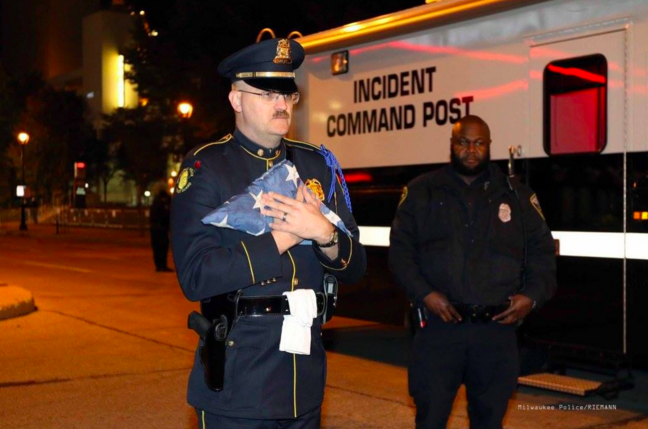 According to the Facebook posting, officers held a “conducted a small, dignified ceremony” for the flag, folding it and taking it “to be inventoried for possible charges against the protester.”


Previous Woman Arrested For Shoplifting, Confesses To Hiding Drugs In Her Rectum

Next What Bank Of America Just Did To Thousands Of Veterans Is Sickening, This Is So Wrong!