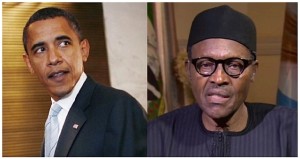 “Blanket application” of the Leahy Act because of “unproven allegations of human rights violations levelledagainst our forces” denied the country “access to appropriate strategic weapons to prosecute the war,” Buhari said in a speech at the United Institute for Peace.

As the original manufacturer of the helicopters, the United States had veto power, which it used.

“In the face of abduction of innocent school girls … indiscriminate bombings of civilians in markets and places of worship, our forces have remained largely impotent because they do not possess the appropriate weapons and technology which they could have had, had the so-called human rights violations not been an obstacle,” Buhari said.

According to the Washington Examiner, the “so-called human rights violations” might refer to a report from Amnesty International that says the Nigerian government “sanctioned or failed to prevent” 8,000 deaths at the hands of Boko Haram. Nigeria denies the charges.

While president Buhari has made inroads against Boko Haram, he has been partially encumbered by the lack of arms.