A group of anti-ISIS activists in Raqqa reported 24 bombs dropped and 30 explosions overnight into Monday. Mostly the suburbs were hit, but in the city, the stadium and the museum were also struck, said Raqqa is Being Slaughtered Silently.

ISIS uses the museum and the stadium as jails. Its headquarters are also in the stadium, the activists said.

Here are the awesome photos taken by a french soilder: 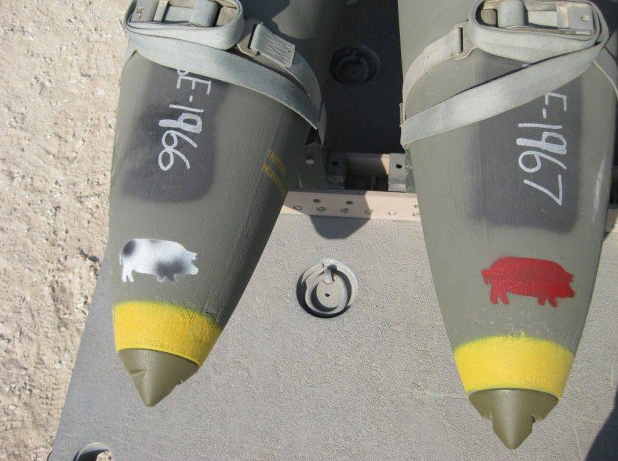 These bombs have this awesome message to those that choose to destroy people for not following their insane religion. 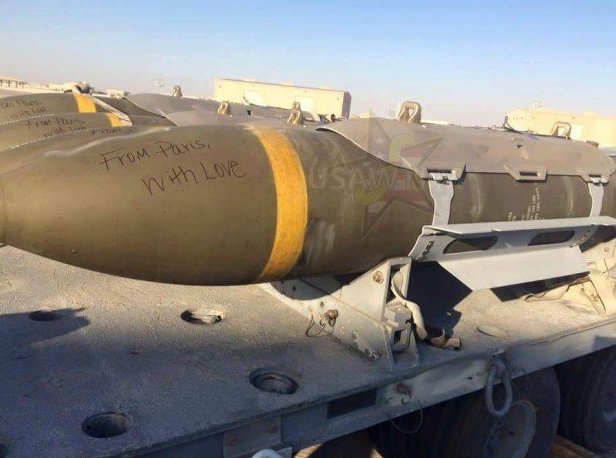 I could not have wrote a better message to these savages!