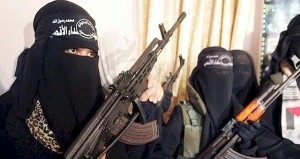 As the migrant-train standoff entered its second day in Hungary, with thousands of mostly Syrian refugees seeking passage to Germany, it’s time the West recognized this shift in Muslim populations for what it is, say American activists who have been warning of a “fifth column” for years.

Author Robert Spencer wrote Sept. 4 in Front Page Magazine, “This is no longer just a ‘refugee crisis.’ This is a hijrah.”

Hijrah is the Islamic doctrine of migration, which is a form of stealth jihad.

“To emigrate in the cause of Allah – that is, to move to a new land in order to bring Islam there, is considered in Islam to be a highly meritorious act,” Spencer wrote. He cited the following Quranic text:

“And whoever emigrates for the cause of Allah will find on the earth many locations and abundance,” says the Quran. “And whoever leaves his home as an emigrant to Allah and His Messenger and then death overtakes him, his reward has already become incumbent upon Allah. And Allah is ever Forgiving and Merciful” (Quran 4:100).

And now, looking at Europe and America, a migration invasion of a much greater magnitude is underway.


Evidence of that invasion came in February when an ISIS operative confirmed what many already suspected – the Islamic State is using the refugee crisis to form a fifth column of Muslim fighters inside Western nations. 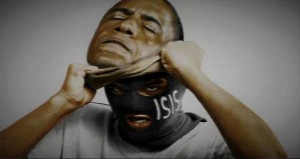 The Syrian operative claimed more than 4,000 trained ISIS gunmen have already been smuggled into Europe – hidden among innocent refugees, reported the Express, a British newspaper.

Hungary’s prime minister, Victor Orban, was lampooned in the European media Thursday for writing an op-ed in which he stated Hungary was blocking the Muslim migrants to preserve its Christian heritage.

But more European leaders should be as astute as Orban, says Clare Lopez, a senior Middle East analyst for the Center for Security Policy.

“Today, it is the nation-state system and any concept of national sovereignty that is under concerted attack by the forces of the global jihad movement,” Lopez told WND. “Jihad is not only a violent phenomenon but can be pursued by many other means, including hijra.”

The ISIS smuggler, in his 30s with a neatly trimmed black beard, revealed to BuzzFeed that the ongoing clandestine operation has been a “complete success.”

“Just wait,” he smiled. “It’s our dream that there should be a caliphate not only in Syria but in all the world and we will have it soon, God willing.”

“They are going like refugees,” he explained. “Others just go to Europe to be ready.”

The Islamic State operative spoke exclusively to BuzzFeed on the condition of anonymity and is believed to be the first to confirm plans to infiltrate Western countries, although similar statements have been made through unconfirmed ISIS Twitter accounts.

ISIS is believed to be actively smuggling covert gunmen across the 565-mile Turkish border and on to wealthier European nations, the smuggler told BuzzFeed.

He said ISIS now has more than 4,000 fighters “ready” throughout the European Union.

ISIS operatives are taking advantage of Western nations’ generosity toward refugees to infiltrate Europe, he said.

The ISIS fighters use local smugglers to blend in and travel within the ranks of a tidal wave of illegal migrants flooding into Europe, both by boat from North Africa and on land through Hungary and Austria into Germany, Belgium and Sweden.

More than 1.5 million have migrated into Turkey alone, with millions more refugees in Lebanon, Jordan and outside their homes in Syria itself. Almost all of the migrants flooding into Europe are Muslims.

Most of the Christians have been hiding in churches and homes in the Middle East, afraid to venture to the United Nations refugee camps, which tend to be managed by Muslims, WND has previously reported.

“The Christians are afraid to venture into these camps, because they believe they will be harmed” said George Marlin of Aid to the Church in Need, a Catholic group that is sending aid to persecuted Christians in the Middle East.

From Turkish cities such as Izmir and Mersin, the Muslim refugees venture across the Mediterranean aiming for Italy, the smuggler said.

Then the majority head for the most welcoming nations – Sweden and Germany – turning themselves over to authorities and appealing for asylum.


Previous BARACK HUSSEIN OBAMA: Let’s Increase Number of Syrian Refugees to U.S. by 100,000 in Next 2 Yrs