At least one terrorist in the deadly Paris attacks registered as a refugee on Leros Island in October. The terrorist was carrying a Syrian passport.

The passport was found on the terrorist who blew himself up outside the soccer stadium.

But that won’t stop Barack Obama from bringing Syrian Muslim “refugees” to the US.

In September Barack Obama bragged on Twitter the US would increase the number of Syrian “refugees” by 100,000 in the next two years. 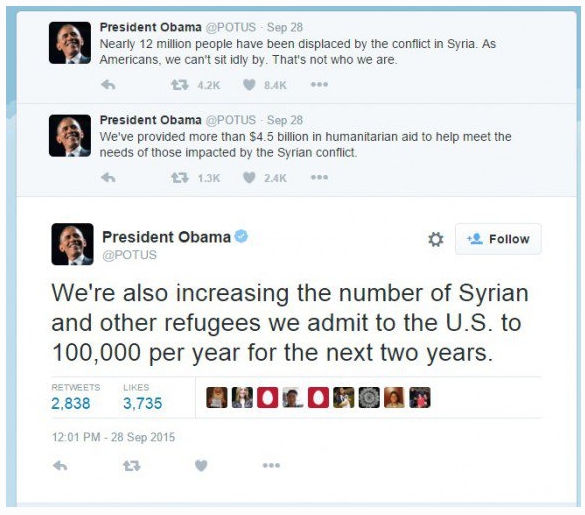 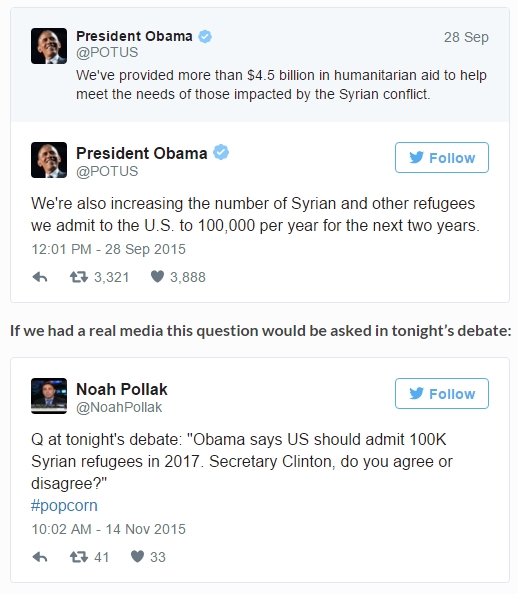 Next ISIS SMUGGLER: ‘We Will Use Refugee Crisis to Infiltrate The West’