It is almost hard to see Ronda Rousey, a great champion, in this state…

TMZ has more of the story…

Ronda Rousey doesn’t want anyone to see the damage Holly Holm did to her face — taking drastic measures to cover up as she arrived back in L.A. moments ago.

Besides rocking a hood over her head, sunglasses on her eyes and draping her hair over her face … Ronda also used a pillow to mask her mug as she walked through LAX.


Ronda’s boyfriend Travis Browne was with her … but neither Ronda nor Travis were in the mood to talk.

It’s a pretty sad story … Ronda like we’ve never seen her before.

As we previously reported, Dana White told us Ronda was depressed and bummed out about the loss — but vows to return to the UFC for a rematch. 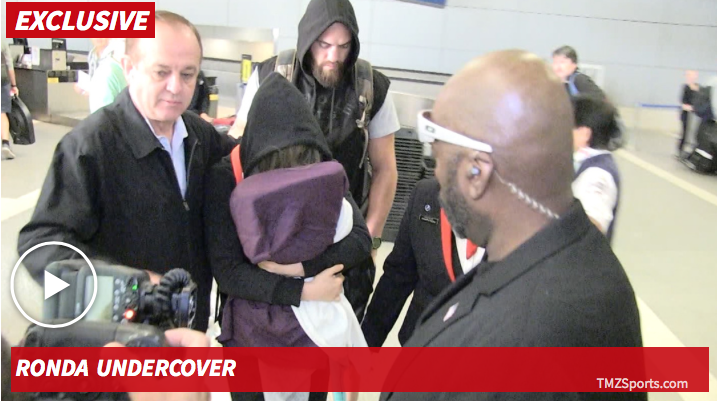 Next Could It Be True? Val Kilmer Returns For 'Top Gun 2'?