A student at Georgia Southern University publicly apologized after she was fired from her job as a restaurant server because she posted criticism about Black Lives Matter activists online. Amidst rumors that the school might take disciplinary action against Emily Faz, the college senior wrote a Facebook Post on Friday saying she feels as though her words were misunderstood.

Faz said that while she looks white she is half Hispanic and argued that she wasn’t trying to sound racist.  Faz explained that she merely thinks that the Black Lives Matters movement is misguided and that people should be ‘united,’ and not ‘bringing attention to a divide’ after the terror attacks in France.

Faz added that she hoped the ‘misguided movement’ would not come to her school. Prior to her apology, Faz posted a news article on her Facebook about how the Black Lives Matter activists and Mizzou protesters were upset that the Paris attacks were overshadowing their movement.

‘I swear if I see this B.S. at Southern I will make you regret even knowing what a movement or a hashtag is, and you’ll walk away with your tail tucked,’ wrote Faz along with the link to the news article. 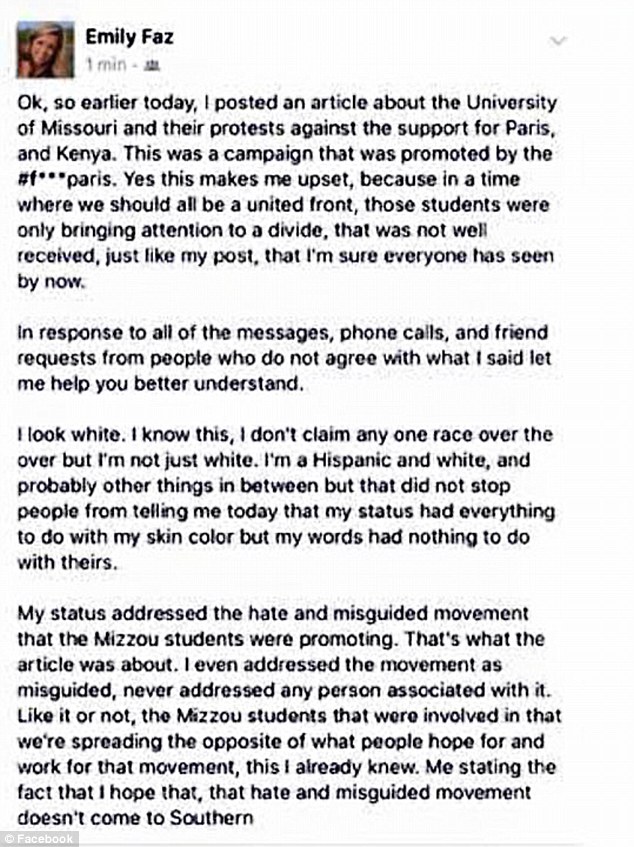 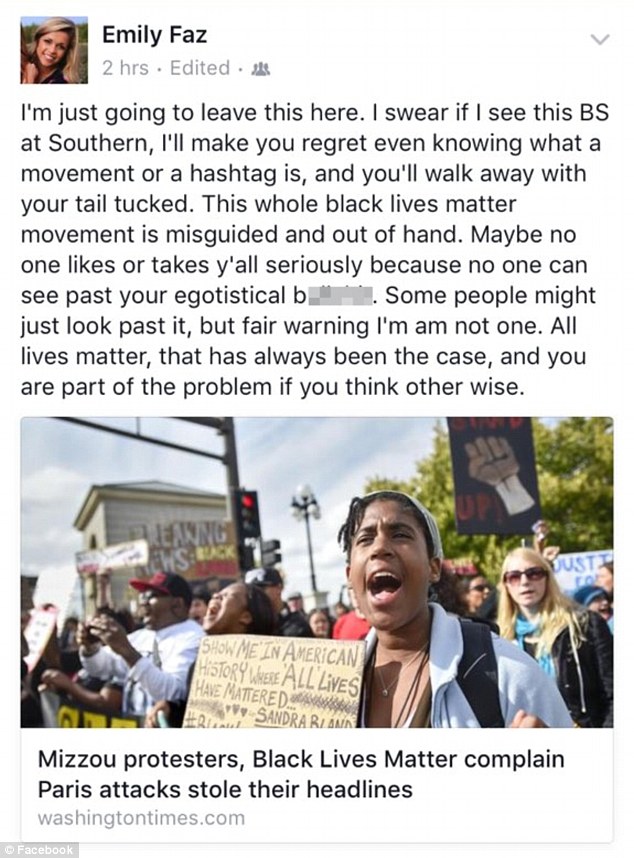