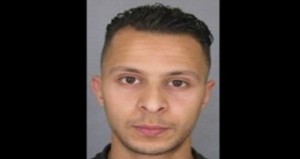 The Paris terrorist who is the target of a massive manhunt in Belgium was apparently known for his fondness of drugs, video games, and gay bars.

Salah Abdeslam had an unknown role in the November 13th attacks and manage to flee France before authorities began searching for him. He is believed to have rented one of the cars used to taxi the jihadis to and from their targets.

But despite his involved in a radical Islamic terrorist attack, regulars at a Brussels gay bar told the UK’s Sunday Times that Abdeslam was also a regular. One bartender said that Abdeslam was there so often and flirted with so many other men, they figured he must have been a male prostitute.

Abdeslam was also known for smoking marijuana and hanging out his brother’s bar to play video games. That brother, Brahim Abdeslam, was one of the suicide bombers during the Paris attacks. A week earlier, his bar had been shut down for illegally dealing drugs.