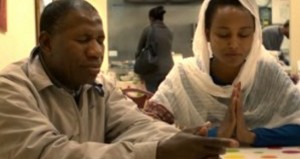 Digital Cinema Media (DCM), the advertising conglomerate that supplies ads for 80% of British cinemas, has banned an ad from the Church of England because it contains the Lord’s Prayer.

The director of communications for the Church of England Arun Arora told CNN that initially DCM agreed to air the ad, which was set to air before the upcoming Star Wars movie. “We said: ‘We are religious, we are the Church of England. Is there a problem with that?’ They said, ‘no that’s fine.’ They were very happy and welcoming and even offered us a 50% discount on the price of advertising slots.”

The Church of England is understandably upset, but a staffer for the U.K. Secular Society says they support the decision. “Of course the Lord’s Prayer is not offensive, but I think banning the advert from cinemas is a good idea,” he said.