This is Memphis, not Mardi Gras! 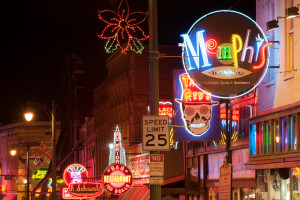 MyFoxMemphis has more of the story…

A Memphis woman was arrested on Thanksgiving after police say she was dancing naked on Beale Street.


According to the affidavit of complaint, an officer walking at Second and Beale was flagged down by a citizen who was concerned about Corbett’s behavior. The officer was able to detain the 44-year-old defendant, who was belligerent and highly intoxicated.

The affidavit states Corbett was fully nude while dancing in the street. She was being combative with the officer and refused to put her clothes back on.

Police said Marilyn Corbett is known to be diagnosed

with schizophrenia and bipolar disorder. She was placed into custody and taken to Regional One before being taken to jail.

Next Lady Steals From Kid On Black Friday!