Firearm ownership and use makes sense, but you have to “pick your battles…” 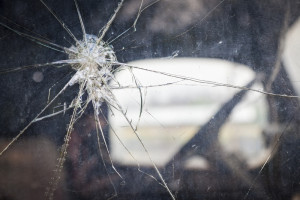 Fox59 has the story…

COLUMBUS, Ind. (November 30, 2015) – A Columbus man was arrested Sunday morning after he allegedly shot at a vehicle driven by a suspect who had been breaking into cars in an apartment parking lot.

At approximately 12:03 a.m., Columbus police officers were dispatched to the 3600 block of Cardinal Lane in regards to an attempted theft from vehicles.

Upon arrival, officers spoke with Dylan Jones, 22. Jones advised that a Hispanic male wearing a dark colored hat and shirt was breaking into vehicles and fled in a dark colored Volkswagen Jetta. Jones told officers that he fired shots at the suspect’s vehicle as it was leaving the area.


Officers recovered a handgun from Jones’ apartment and also located a bullet hole in the siding of an occupied apartment nearby.  The bullet hole was approximately one foot way from the apartment window.

Jones was placed under arrest on a preliminary charge of criminal recklessness while armed with a deadly weapon, a level 5 felony.  The suspect vehicle was not located.

Anyone information in regards to this case is urged to contact the Columbus Police Department at 812-376-2600.

Next OBAMA ADMIN: THE BIBLE, CONSTITUTION, AND DECLARATION OF INDEPENDENCE ARE ALL ‘SEXIST’