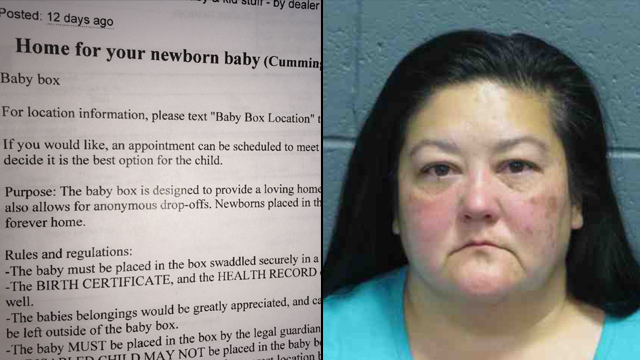 According to a report by the Forsyth County Sheriff’s Office, Williams was asking for anyone with an unwanted baby to leave it at her residence in a designated, “baby box.”

Williams claimed that she placed the ad for her teenage daughter who wanted a baby with or without her mother’s help.

According to a statement by local police, people were actually responding to Williams’ ad offering to sell her their babies.  She is being charged with domestic-unlawful/advertisement inducement for adoption of children.  The same charges were brought against her daughter however she has not been taken into custody according to police.