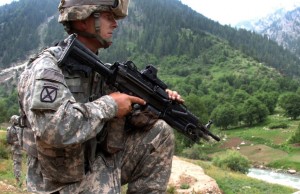 Per the recent lawsuit won by the military against L3 Communications Holdings Inc., the fabled EOTech franchise is in drastic recovery mode. As reported by Soldier Systems, L3 was sued in late November for $25.6M by the Federal Government following a lengthy investigation by the FBI, for fraud and concealing the fact that their popular Holographic Weapon Sights (HWS) failed in even normal weathering tests to maintain proper zero and brightness. Failures that call into question if the manufacturer’s faulty optics could have potentially cost the lives of unknown servicemen overseas who rely on such optics for their very lives. US Special Operations Command has even gone so far as to issue a Safety of Use message essentially barring the popular HWS from service.

Since then there has been a torrent of EOTech owners hitting the company’s Return Authorization Request Form amid EOTech’s promise for “full refunds of the purchase price plus $15 for shipping” even without receipts and regardless of the optic’s condition. For their part the Customer Service folks at EOTech seem to be doing a good job at reviewing/approving the avalanche of requests within about 1-2 business days, but so far it has been too early to tell how long it would take to receive the actual refund. But then on the 9th, images began to surface of the promised “refund” one that only confirmed many growing suspicions of the true intent and values of L3. The refund appears to be only a Gift Certificate in place of the purchased amount, redeemable for up to a year at any retailer under the L3 umbrella. 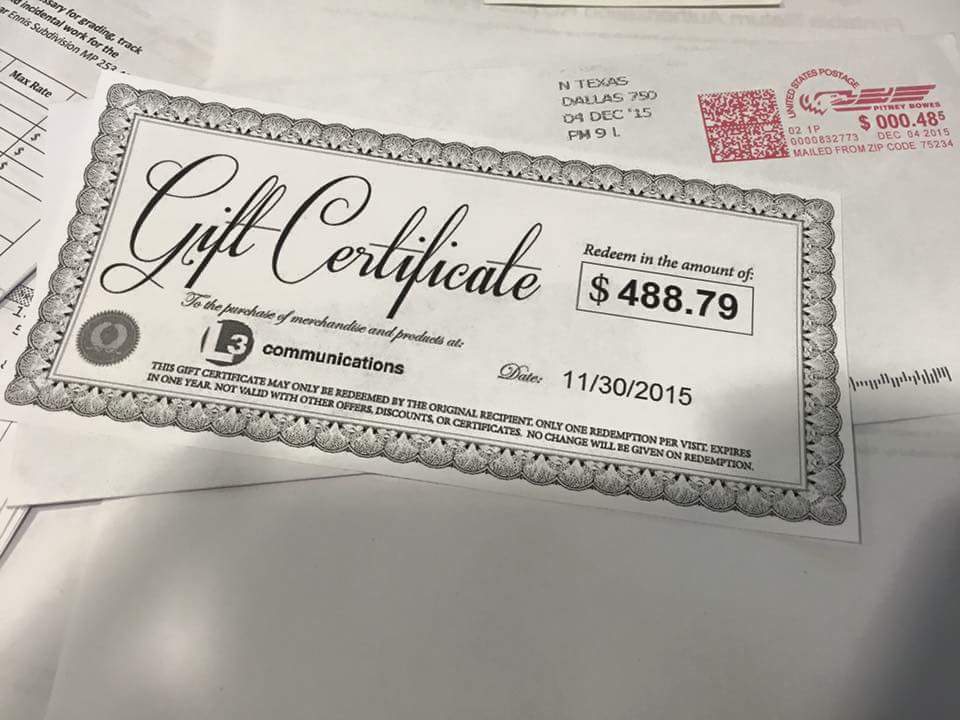 It would seem so far the only people who are going to be getting their actual money back for the fraudulent optics is going to be the US government. Calls out to EOTech and L3 went unanswered at the time of this publication, but currently the validity of this gift certificate as the “refund” have not been confirmed by either manufacturer. It’s unclear as to the future of EOTech but assuredly the monolithic L3 will survive largely unscathed.