Star Wars: The Force Awakens had its world premiere last night at the Chinese Theater on Hollywood Boulevard in LA—which means that about 1000 people in the world so far have seen the most anticipated movie since The Phantom Menace. The good news? The consensus is that The Force Awakens was much better than, you know, The Phantom Menace or any of the other prequels. Some are even ranking it as being equal to the original Star Wars: A New Hope and ahead of The Return of the Jedi. 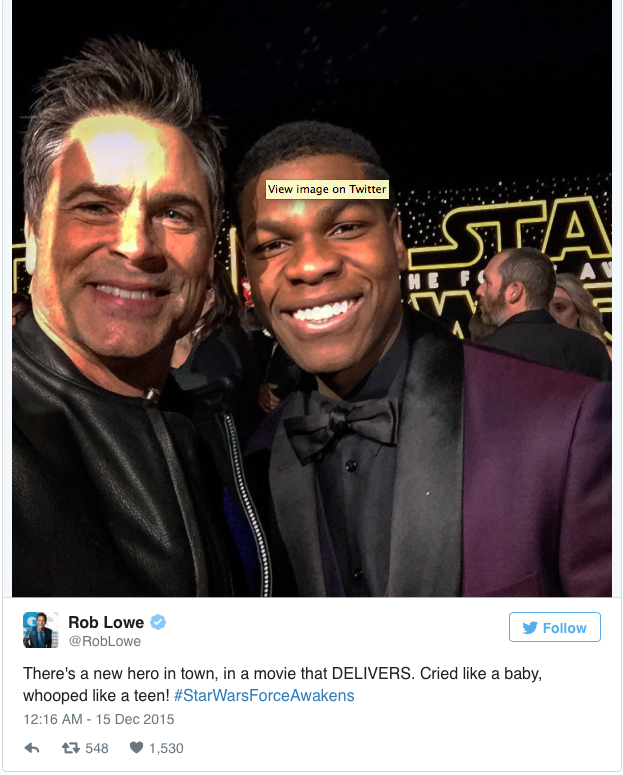 With the caveat that people have a lot of emotional baggage riding on this movie being good (like, way more emotional baggage than any one movie can possibly hold), here are some of the spoiler-free reactions that early viewers of the film have tweeted. Let these nerdy aperitifs tide you over until you can satiate your dorky hunger at the wide release on Friday. 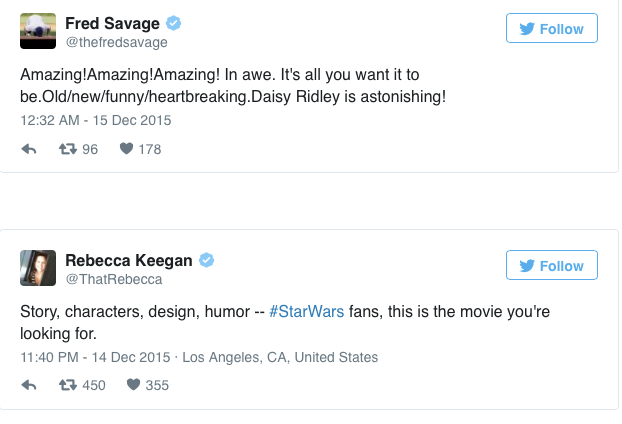 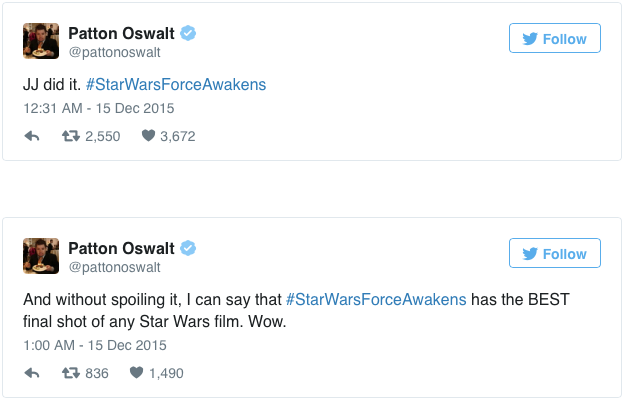 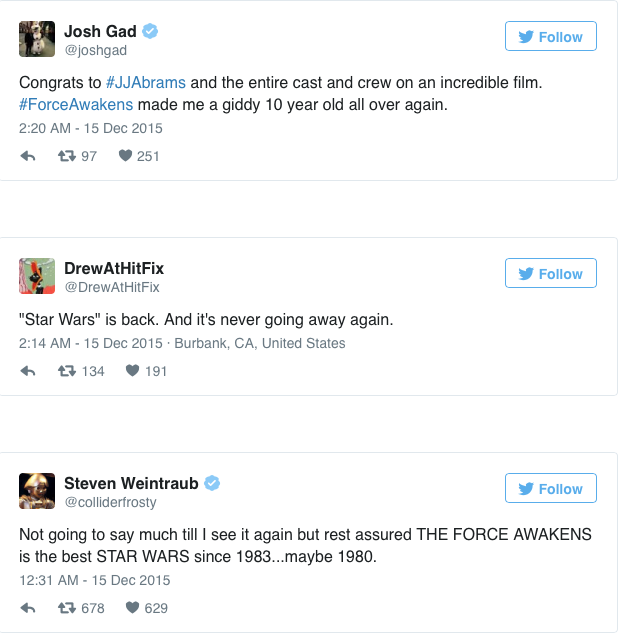 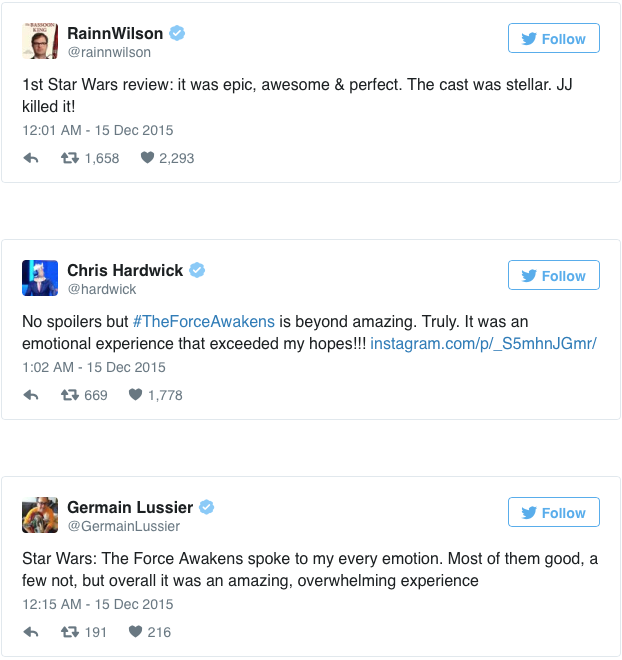 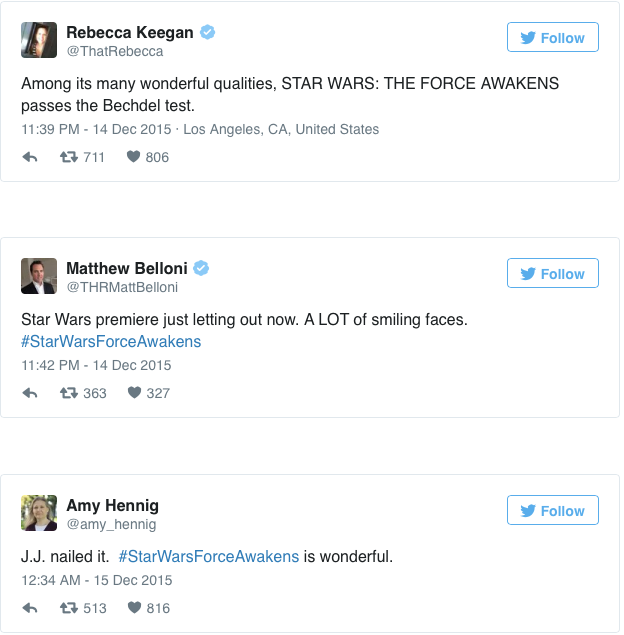 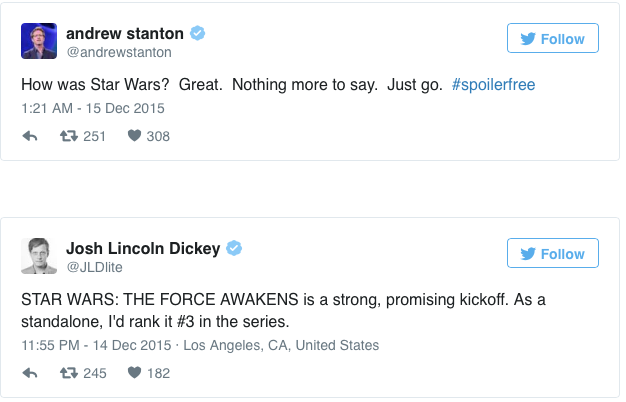 Not everyone loved it unreservedly, though:

Predictably, that critic ended up getting viciously attacked on social media. Much like the Force, there is a light side and a dark side to nerddom.


Previous Malia Obama Drops A BOMBSHELL That Is Leaving Many Shocked