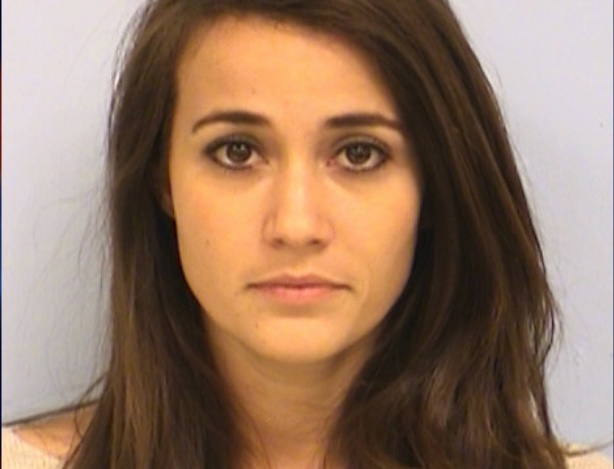 Wey, 28, taught math at Westlake High School in Austin, Texas until she resigned in October of this year, reports the Austin American-Statesman.

Both the students were 17 years old at the time of the trysts. Wey was 27.

Wey met one of the students this past summer through a student ministry program. He told police that he and Wey had sex 10 or so times during August and September. The math teacher also sent him photos of herself wearing next to nothing and actually nothing, investigators say.

Wey had met the second teen at a different summer camp. They kissed each other, fondled each other and had other, unspecified sexual contact inside Wey’s home, the arrest affidavit says.

The teacher allegedly used Instagram to warn the second 17-year-old student to delete correspondence between the star-crossed pair. She wrote “don’t let anyone get a hold of ur phone,” according to the Travis County sheriff’s office.

An unidentified adolescent discovered the messages between Wey and the second teenager — the one who went on the hike — and informed authorities, according to Austin CBS affiliate KEYE-TV.

School district superintendent Tom Leonard described the allegations of sex — and lewd photo correspondence — between the 17-year-old male students and the 27-year-old math teacher as “shocking and upsetting.”

Students who did not participate in any sexual activity or receive nude photos may need therapy to recover from the trauma of learning about it, he said.

“Due to the nature of this situation, our counseling staff at all campuses is ready to provide support to students,” Leonard said in a Thursday statement obtained by KEYE-TV. “While this may be primarily a secondary school issue, we have an obligation to support students district-wide through what may be an intense and uncomfortable legal process.”

Leonard also thanked “the parents who we know have had tough conversations with their children about this situation, and have reinforced the importance of boundaries.”

Wey faces two second-degree felony charges of improper relationship between educator and student. The maximum punishment is 20 years in prison.


Previous Dude Skyped His Parents While Skydiving. Their Response: Vulgar But Hilarious!

Next Sexy Girl Forces Guy To Tap Out!