The biggest and slimiest discovery of the 21st century (aside from Obama’s Press Secretary Josh Earnest)  has just been made by the Rosetta space probe’s OSIRIS camera. 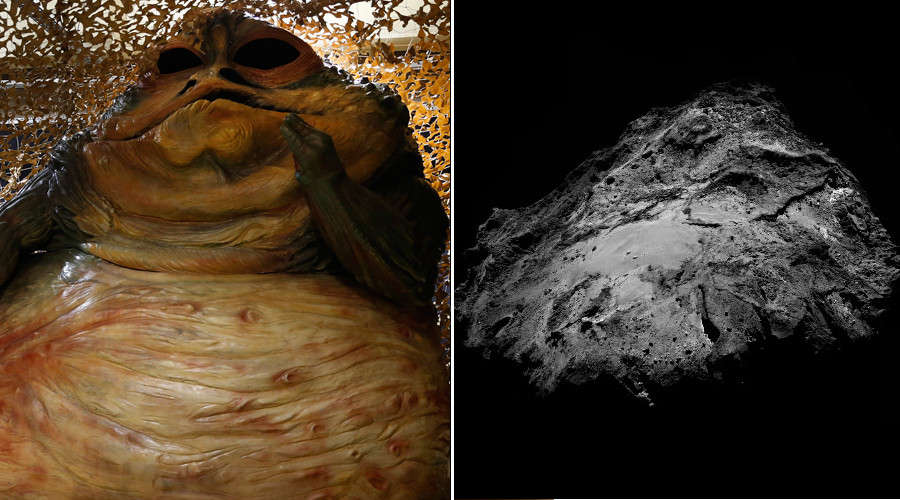 The image was captured on December 16th by Rosetta, giving Star Wars fan’s an unexpected space thrill this Christmas.  The space probe took this photo from a distance of 113km and has been sending pictures of the comet to the European Space Agency.

The notorious Star Wars space gangster has been spotted many times in other forms such as mutilated cupcakes, pugs, and even the likeness of Toronto Mayor Rob Ford.   This is the first time however that Jabba has been spotted in space, which seems a much more appropriate place.


Previous [Watch] This Is What Sen. McConnell Said About The New Republican Majority..... Is He Serious?!?!

Next WATCH: You Have Never Seen Police K-9s Work Like This