DudeComedy says: This girl should be removed from your Snapchat friends as a punishment for this unbelievable f*ck up…

He messaged it to us explaining how he NOW realizes what a fool he was. He wasn’t dating the girl they we just friends with benefits. If they were dating I bet she would have dumped his ass for being such a noob.

It started out with this very festive picture showing off her, uhhh.. Christmas tree! The caption asked the question: “What are you getting me for Christmas??” 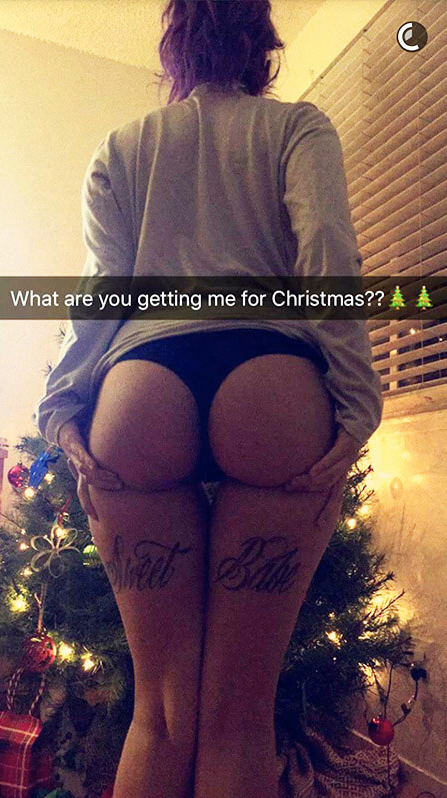 Not picking up the immediate Snapchat sexting hint, he hit her back saying, “Was I supposed to get you something?” In his defense, they are just f*ck buddies… but with no risk of her getting mad he could have fired back with anything better then that!


His next message was “didn’t know we were getting each other gifts” to which she responded, “Yeah I want something big” 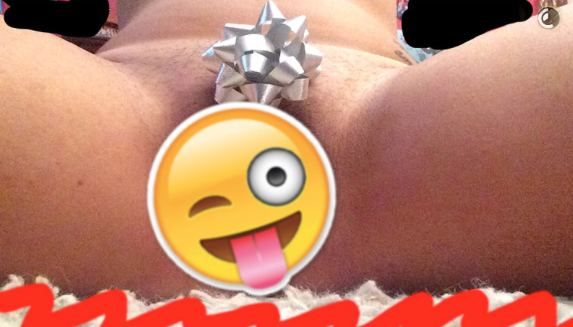 We can only show one of the three pictures he attached with that message. Trust me, it would just be a big blob of blur by the time we edited it.

Still not picking up on the hints the guy asks if he can get her some “Pants?”

He told us that they laughed it off and doesn’t know how he missed all those hints. Good news for him, at the time of his message to us they were still cool. Even with him sending us her pics and said we should post it. She is the one man! You can’t lose her…

Next This Vulgar Guy Wins Dad Of The Year Award!!