Video of a baby hitting and taunting a patient pet dog went viral, and had people all across social media wondering whether it’s an adorable friendship in the making or a case of irresponsible parenting.

The video shows the amused baby hitting and pushing his dog, which soon begins to lick the baby and push back slightly. The duo becomes more playful as the video continues, and the dog subsequently jumps up onto the baby’s seat and engulfs him in a hug. All the while, an onlooker – thought to be the toddler’s mother or father –films the moment as it unfolds. 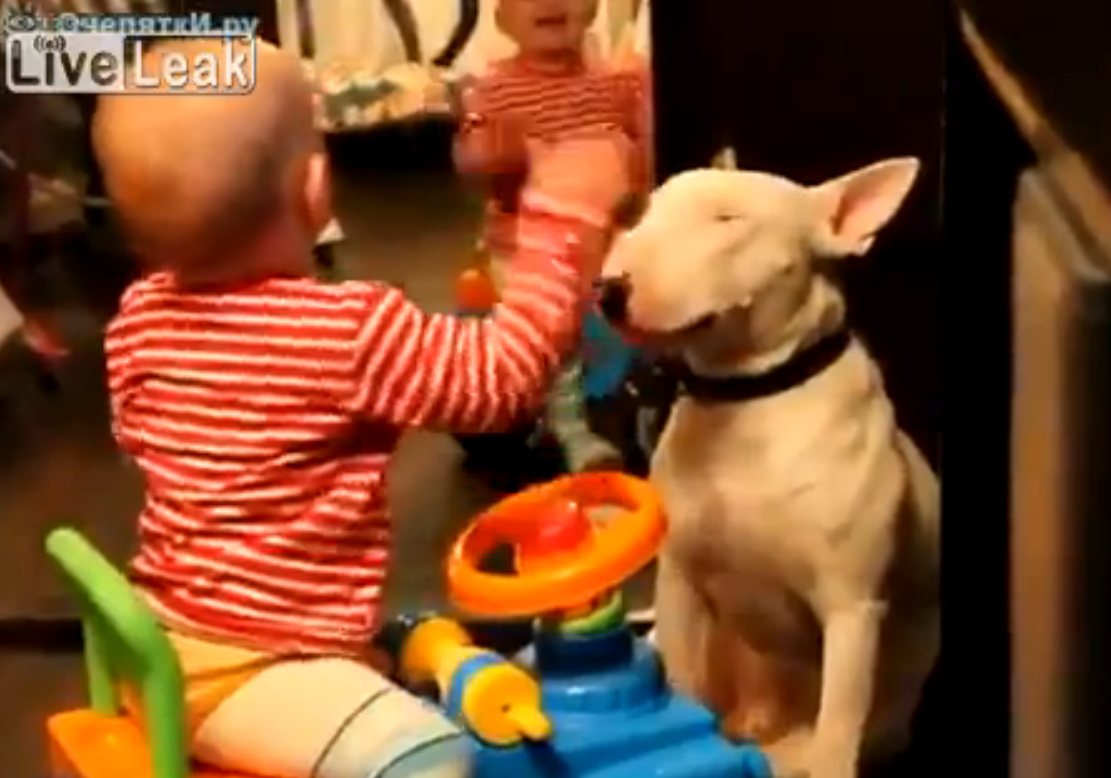 Response to the clip was mixed, with many viewers questioning whether or not the parents should have intervened and made sure the dog didn’t become agitated or aggressive with their baby.

“Even if you know that your dog is safe, that’s still not smart. Dogs have off days, too,” one viewer commented.

“The dog obviously adores the little one. It’s not irresponsible,” another argued.


Do you think it was safe to let the baby and his dog interact the way they did? Watch the clip below.