Tara Monroe, a 20-year-old college student at Texas State University, is making the best of the terrible situation she put herself in after having her license suspended for refusing to take a breathalyzer test — by driving around in a sweet Barbie jeep. 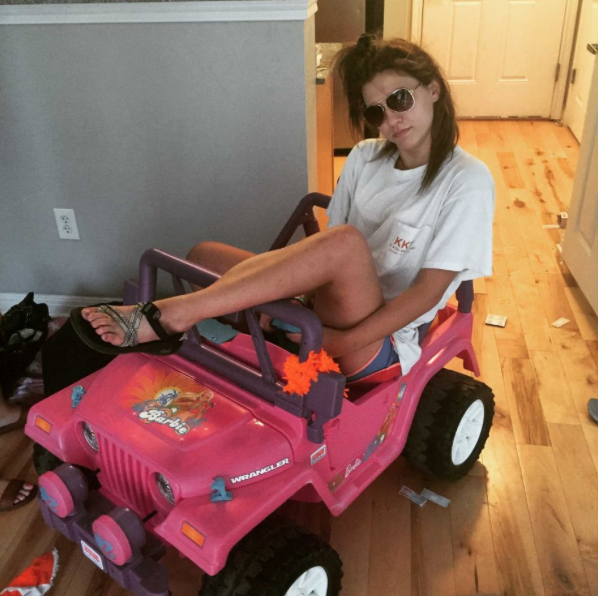 Tara was coming back from a Waka Flocka Flame concert (she should be arrested for this fact alone) when she was pulled over and asked to take a breathalyzer test. Tara refused, and not only did her license get suspended, but she got arrested, too. Here’s her upbeat mugshot:

But not to fear, because Craigslist is here. That’s where Tara went to get her $60 used Barbie Jeep.

“It goes pretty fast when it’s just me, so I usually make them [her friends] walk behind me like parents taking their kid out to play. I’m just happy everyone thinks this is so hilarious,” Tara tells My San Antonio.


Tara is now seen driving around campus in her new ride, living the dream.

This industrial engineering major is going places. In style.