On Tuesday afternoon, Sports Illustrated Swimsuit Edition editor MJ Day uploaded an Instagram photo of someone’s bottom, clad only in paint realistically applied to look like a swimsuit. “If #2016 keeps going like this, then I’m going to be one happy happy girl!,” Day wrote, also tagging #instabooty, #bootypaint and #siswimsuit (trust me, you only wanna click on that last one). 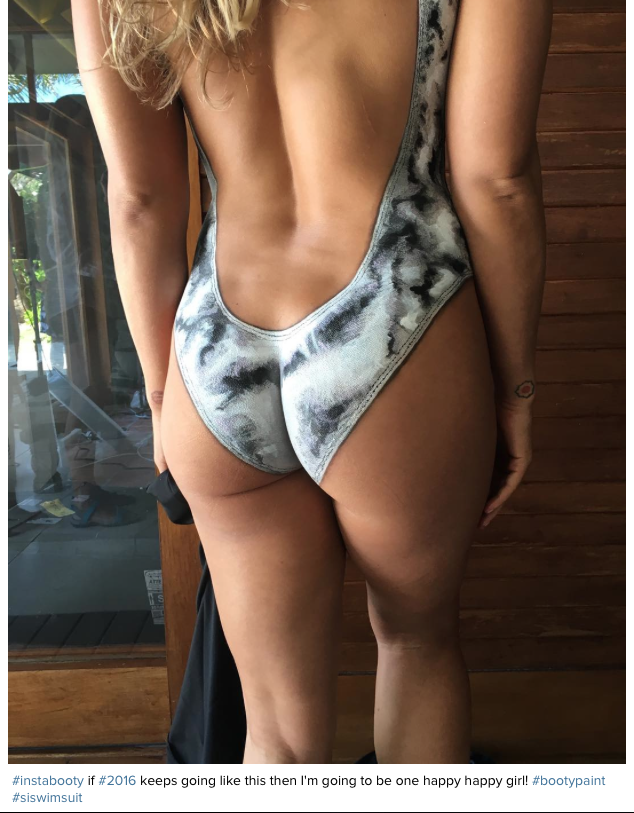 It didn’t take long for eagle-eyed Internet readers to notice some distinctive tattoos on the mystery model, which quickly led them to determine this wasn’t just any random backside. This was Ronda Rousey. Who else out there has a tiny Kodokan flower (a traditional judo symbol) and octagon inked on their wrists? Let’s take a closer look: 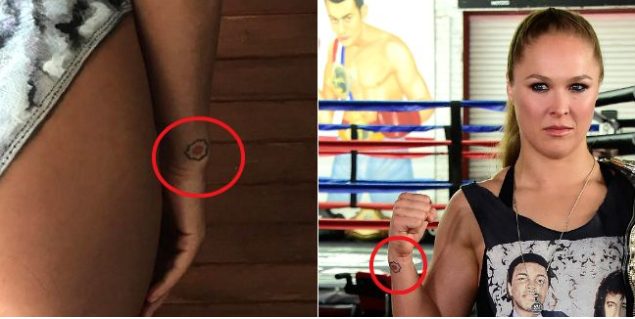 Sports Illustrated is being coy, but we all know what’s up.

Thanks to a few inconspicuous tattoos, it looks like our next body-painted beauty may be the one and only Ronda Rousey. We can neither confirm nor deny these rumors, but isn’t the idea of Ronda donning nothing but paint enough to tie you over until the issue comes out in February?

Ronda is coming off a shocking loss to Holly Holm for the UFC women’s bantamweight title and has largely remained out of the public eye since then. A body-painted spread in SI Swimsuit would truly be a comeback for the ages!

This won’t be the first time Ronda Rousey has graced the pages of Sports Illustrated‘s Swimsuit Edition. She was also featured in 2015, so it’s pretty impressive that she’s appearing again this year.

And here we’ve been imagining Ronda Rousey spending her time posting depressive Instagrams while crying on the couch. Meanwhile, she’s down in the Caribbean somewhere, soaking up the sun and probably smiling from ear to ear. Well played, Ronda. Well played.


Previous 3 People In North Carolina Have Been Charged For Crimes Committed Reports Of A "Grim And Bloody Scene."

Next 'I’ll BE TAKING THAT' - Open Carrier Robbed Of His GunThe First Time He Carries It, At Gunpoint