A family has been left devastated following the death of their newborn baby after she contracted a herpes virus from coming in contact with someone with a cold sore. Eloise Lampton, who was born healthily on November 1 via caesarean at Mackay Hospital in far north Queensland, died last week in the arms of her parents Sarah Pugh, 28, and Douglas Lampton, 35. The 24-day-old baby had been unknowingly infected with the herpes simplex virus while she was still in hospital in the days following her birth. 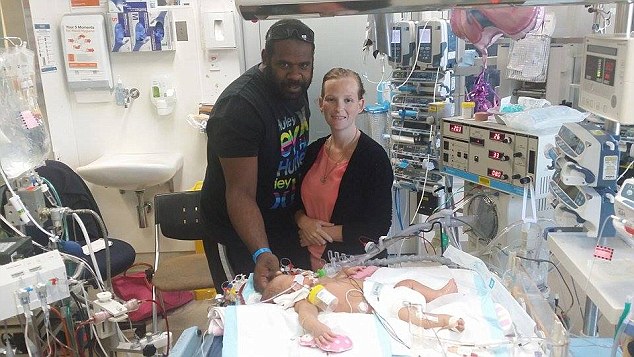 ‘Doctors initially thought it was a feeding issue. When we came home she just wanted to sleep… she wasn’t a crying baby,’ Ms Pugh told Daily Mail Australia. But Eloise lost almost a kilo in the week after her birth and her health started to deteriorate quickly. She was taken to Brisbane’s Mater Hospital and was placed on a machine to keep her alive as doctors scrambled to find out what was wrong. 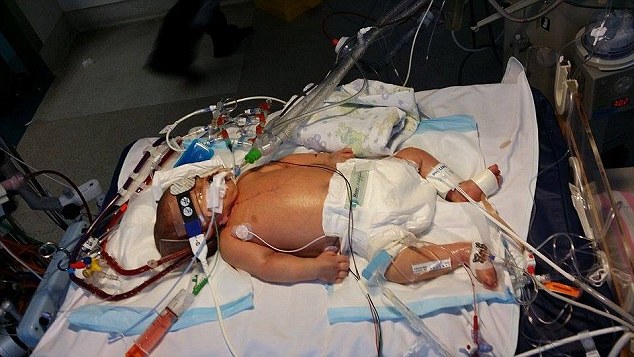 ‘It all happened so quickly, like within hours. She was in the hospital and we thought she was fine, then that night we were told she might not survive the night,’ Ms Pugh said. ‘The machine fully took over her whole body. It went into her arteries to pump blood. It took over her organs to let her little body have a rest.