A provocative online anti Islamisation campaigner has distributed and put up stickers mocking the Islamic State terror group in East London, an area with one of the largest Muslim populations in Europe.

The stickers are designed to look like the infamous Islamic State (IS) black flag, but in the place of the usual Arabic inscription are the partially concealed works “we fuck goats” in English. Below that is an image of two jihadists engaging in bestiality with a goat. At first glance, however, the image also appears to be an Arabic inscription.

“The first batch of The Beer & Bacon Councils Anti ISIS stickers are due in anytime soon! [Direct Message] for details”, posted a Twitter account called the Anti Jihadi Frog on the 16th of January. The account is linked to a website called Beer and Bacon.

“The Beer & Bacon Council will send prizes for the best pictures of the ‘Mock ISIS’ sticker postings”, the account Tweeted later that day along with pictures of the stickers packed in envelopes, ready to be distributed. 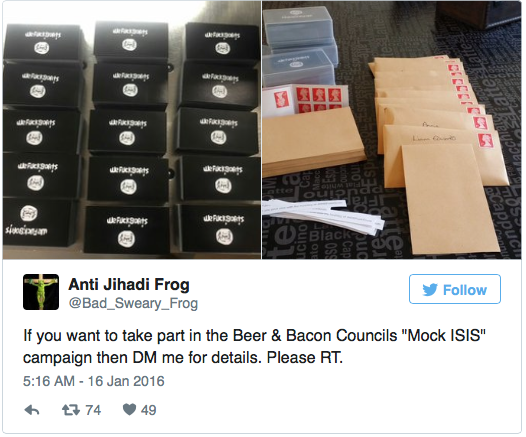 Since that date the account has tweeted a number of photos of the stickers in various location around London, primarily on public transport.


The locations mentioned include “on the bin on the train from Waterloo to Guildford”, “on the 341 [bus]” and “a bus in Tower Hamlets”. 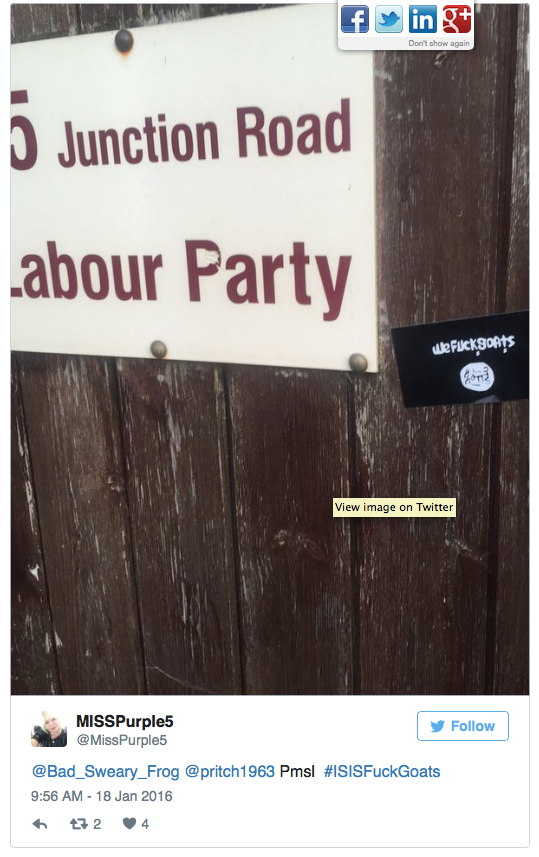 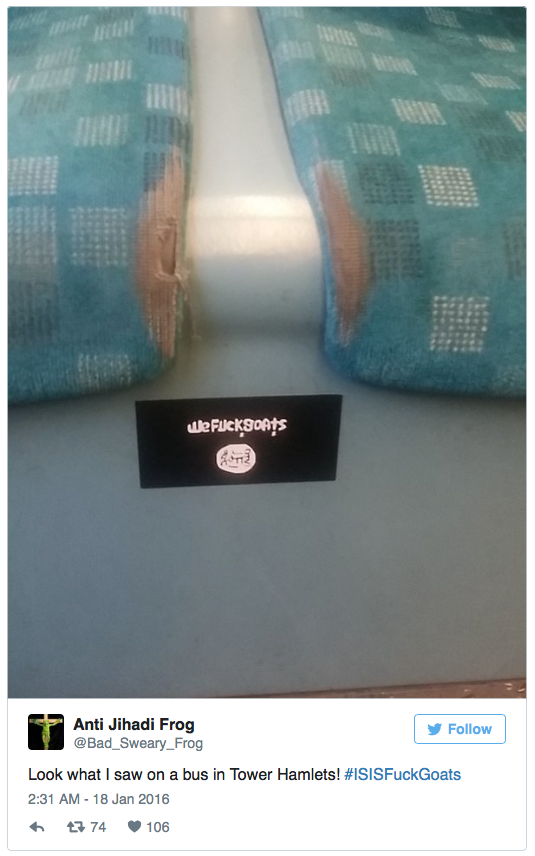 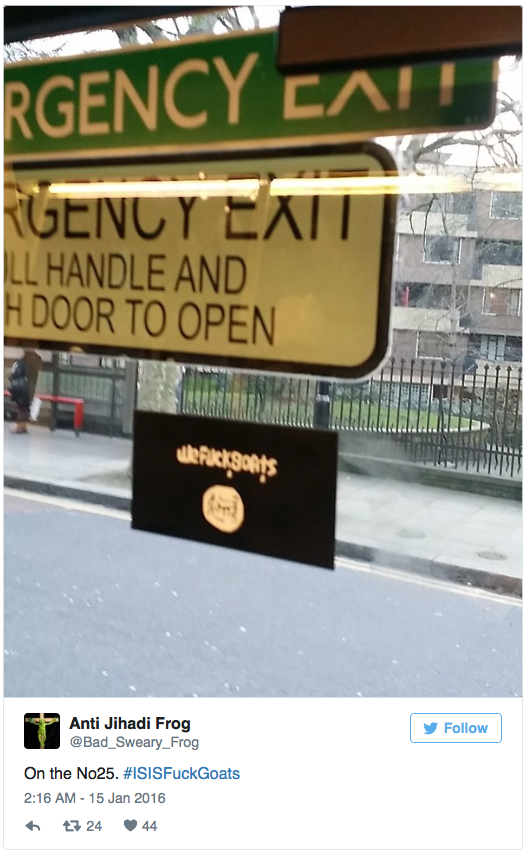 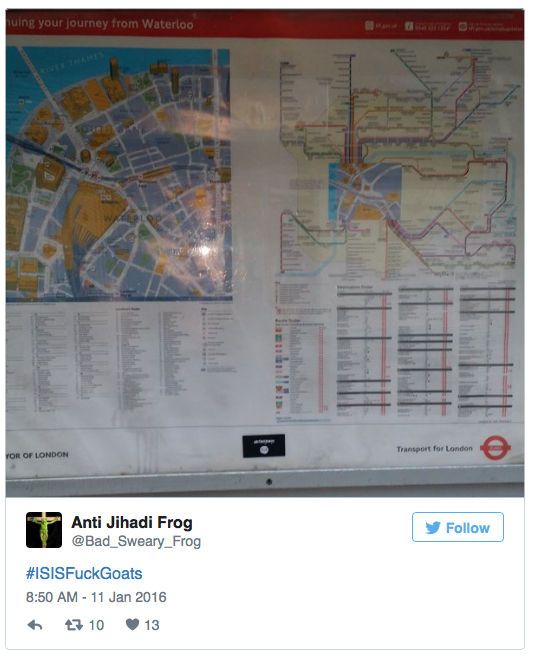 Next MUSIC VIDEO: Metal Band, Disturbed Does Chilling Version of Simon and Garfunkel's "The Sound of Silence"