Bernie Sanders is trying to improve his standing with the African-American community in more ways than one. 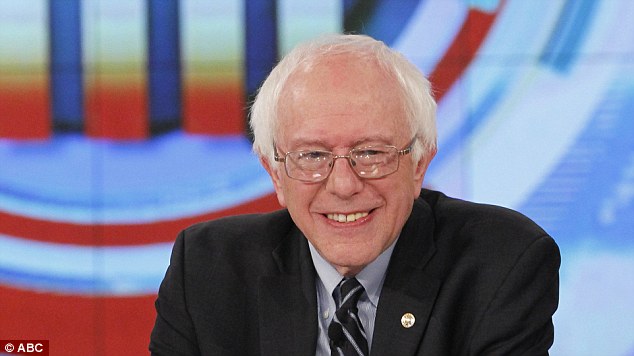 Sanders then hopped over to the set of ‘The View’ where he talked about the meeting and why his candidacy might be of interest to the African-American community.

‘We have a lot of support within the African-American community, but I think most importantly, I think the reason we’ll do well is our views on criminal justice in this current country and that is, we have a broken criminal justice system,’ Sanders said.


‘When a police officer breaks the law, like any other public official, that officer must he held accountable,’ Sanders added, referring to the officer shootings of unarmed black men that have inspired the protest movement ‘Black Lives Matter.’ 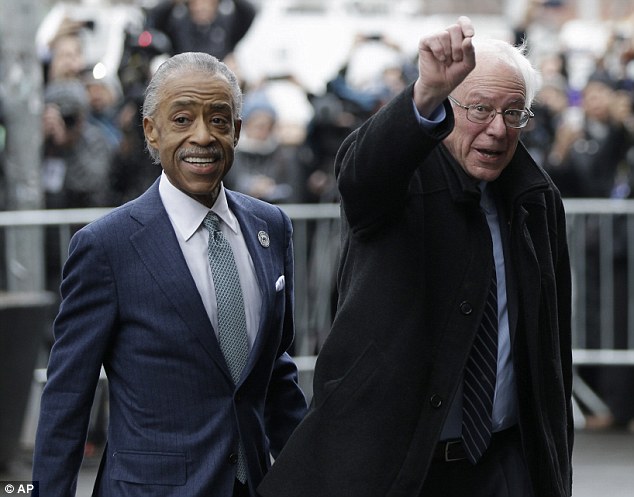 Sanders’ meeting with Sharpton took place at Sylvia’s, the famed comfort food restaurant, which is located just one block from Bill Clinton’s former office in Harlem.

Oddly enough, the Reverend will then head off to meet with Clinton for an interview that will air this Sunday morning on his MSNBC show PoliticsNation with Al Sharpton.

When asked about the meet on ‘The View,’ Sanders said, ‘well, it wasn’t much of a breakfast, I only had half a cup of coffee.’ He then explained his growing support within the black community.

Sanders named a couple of surrogates that he expected would serve him well, as the dueling Democrats move on from New Hampshire to Nevada and then South Carolina.

Sanders has always had the support of thinker Cornell West, who’s been making passionate pleas for the Vermonter in early contest states.

The senator also pointed to former Ohio state Sen. Nina Turner and Rep. Keith Ellison, a Minnesota congressman who is one of only two members of Congress who are Muslim.

Sanders also added to his roster last week Ben Jealous, the former head of the NAACP.  On a conference call with reporters, Jealous pledged to promote Sanders to other black leaders in the South, in advance of the party’s first Southern primary on Feb. 27, which is held one week after the GOP contest.