The sudden death of Supreme Court Justice Antonin Scalia — and the fact the Obama administration is trying to take full advantage of the situation — has led many to believe that some sort of malice is afoot in the hinterlands of Texas.

Conspiracy theorists have been perhaps most alarmed by two pictures showing two men together. One of the men in the photo below, on the left, is John Poindexter, the man who owns the ranch where Justice Scalia died. You may perhaps recognize the one on the right. In addition to owning the Cibolo Creek Ranch, Poindexter was a major donor to the Democrat Party, something that will always get the attention of the commander in chief. DC Whispers, which obtained these photos, remarked that Poindexter was being honored for his service in Vietnam.

However, the coincidence has many people alarmed, particularly since Poindexter was the man who found Scalia’s body. On his Monday show, conservative radio host Michael Savage raised questions over the particulars of Scalia’s death and said further investigation was needed.


“We need a Warren Commission-like federal investigation,” Savage said, referencing the congressional commission that investigated the assassination of John F. Kennedy. “This is serious business.” 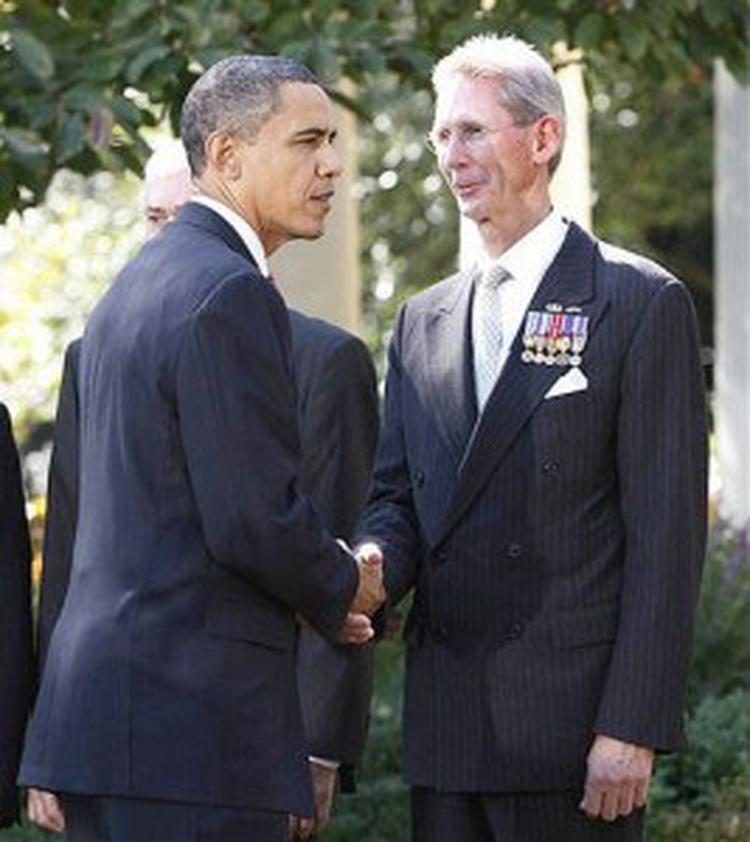 
Previous Who Needs A Dentist When Your Brother Has A Pair Of Pliers? WATCH The Madness...