This is the moment a vehicle being driven by an ISIS suicide bomber is blown to smithereens after it is struck by a missile. 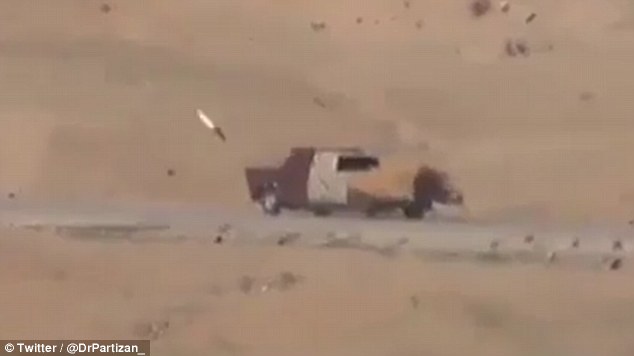 The dramatic video shows the car bomb preparing to launch an attack on Kurdish fighters in north-eastern Syria. But as the vehicle approaches it is hit with a missile from the side – the impact causes it to explode into a large fireball.

2 days ago we saw footage of Kurdish fighters destroying an ISIS VBIED. Likely weapon used is shown above. pic.twitter.com/4mtFgA3BoJ

The short video concludes with black smoke and fire filling the sky as the vehicle disintegrates into nothingness.

The video is believed to have been captured in Al-Shadadi in Hasakeh province.


Previous Stupid Is As Stupid Does, Man Hops Zoo Fence & Learns His Lesson