Something like this has happened to almost everyone. The jails would be full if everyone reacted like this!

A love-seeking man who paid thousands to date a woman he met online viciously attacked her after claiming she looked nothing like her profile picture.

The pair agreed to meet up after exchanging countless messages.


After flirting and sending countless messages the two decided to meet up.

However, after making the five-hour flight from Harbin, in north-eastern China to Suzhou, in the country’s eastern Jiangsu Province, Huang was left disappointed. 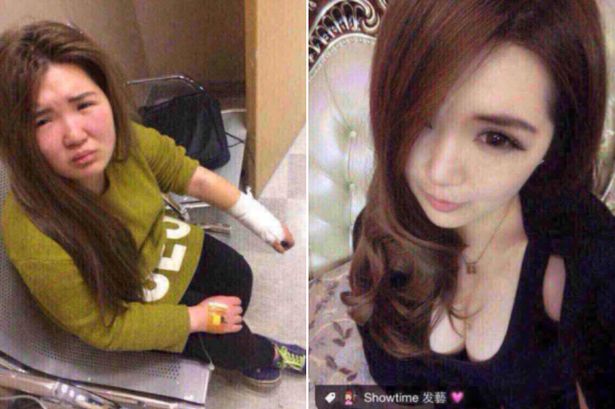 On arrival at the café, where they had agreed to meet, he flew into a rage, accusing the woman of lying and deceiving him, before punching her in the face.

According to reports, he then stamped on her as she lay on the ground.

Staff quickly broke up the fight and the pair were arrested.

Huang said: “I knew exactly what she looked like as the image of her face was ingrained in my memory.

“So when this woman came and sat down next to me I was completely shocked.

“This woman had a fatter face and acne, completely unlike the woman in the photo.”

Huang will not face action as the woman decided not to press charges.

A police spokesman said: “The couple were detained and then woman was given medical treatment.

“She has decided not to press charges and they parted on friendlier terms although both vowed never to do online dating again.”

Perhaps giving up online dating is a good idea for them!