After Hulk Hogan’s victory against Gawker, the online news site will have to cough up an initial installment of $50million about a month from when the punitive damages are decided sometime next week.

The wrestler was awarded $115million in damages by a jury in Florida on Friday after the website posted a leaked sex video that showed him engaging in intercourse with his best friend’s wife.

The jury awarded Hogan $55million for economic injuries and $60million for emotional distress.

E Online spoke with attorney Troy Slaten, not related to the case, who said that the punitive damages could literally be any amount.


“It could be anything. God knows what it will be. I couldn’t even start to speculate on that. Frankly I’m shocked at the $115 million dollar compensatory verdict for showing a video for nine seconds,” said Slaten.

Hogan and his team had only been asking for $100million in their lawsuit for invasion of his privacy. Gawker posted the two-minute video in 2012 after editing down a 30-minute version they received from an anonymous source that had been taped showing Hogan and Heather Cole engaging in intercourse in July of 2007.

The six-person jury took just five hours to deliberate on Friday, and found in favor of Hogan on all counts. Hogan broke down in tears in the courtroom as the foreman read the jury’s verdict.

Hogan, whose real name is Terry Bollea, said he did not know the encounter was caught on camera.

He also said during the trial he had his lawyers ask Gawker to take down the tape and told them they could still keep their copy about the contents, but they refused.

Then, after Hogan filed his lawsuit, a judge asked Gakwer to take down the video.

The site published an article soon after with the headline; ‘A Judge Told Us to Take Down Our Hulk Hogan Sex Tape Post. We Won’t.‘ 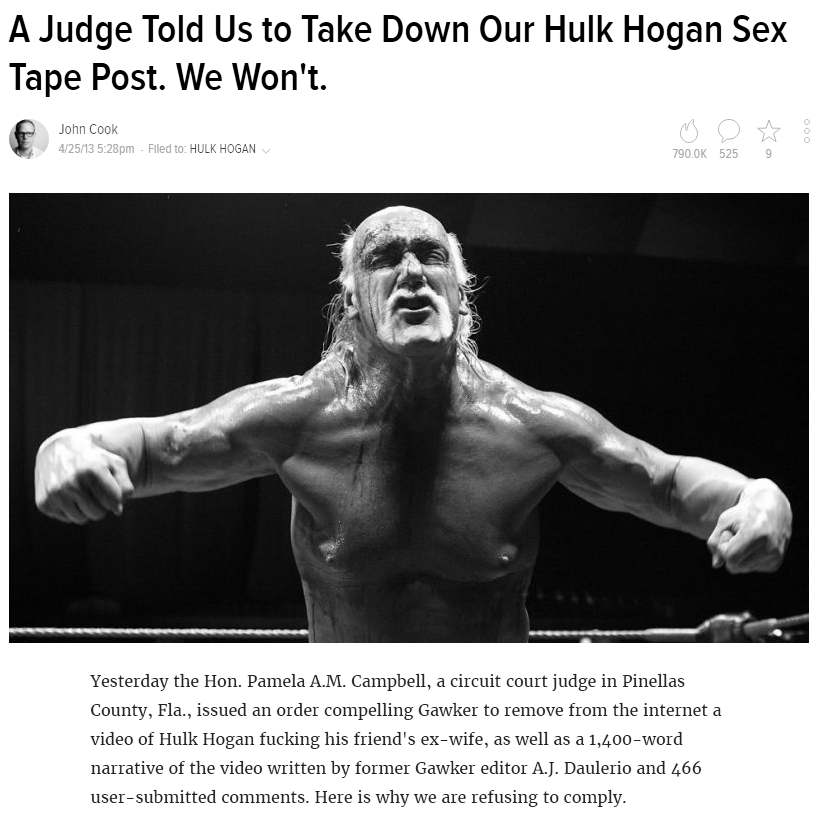 Gawker will appeal the case, but under Florida law will have to hand over at least $50million in monetary damages and if Hogan defeats their appeal they will hand over the rest of the money whenever the case is settled.

If Gawker cannot afford the bond, then they can still ask the courts to grant a stay or to lower the bond. The decision will be up to the court’s discretion, according to Capital New York.


Previous [VIDEO] Little Girl Asks Ship To Blow Horn, Gets More Than She Bargained For!

Next Glenn Beck Tears Into Trump Over Megyn Attacks: Were You "Deeply Hurt" as a Child?